Apr 24, 2018
Starbucks Looks to Growth in the Food Sector
By Chris Campbell 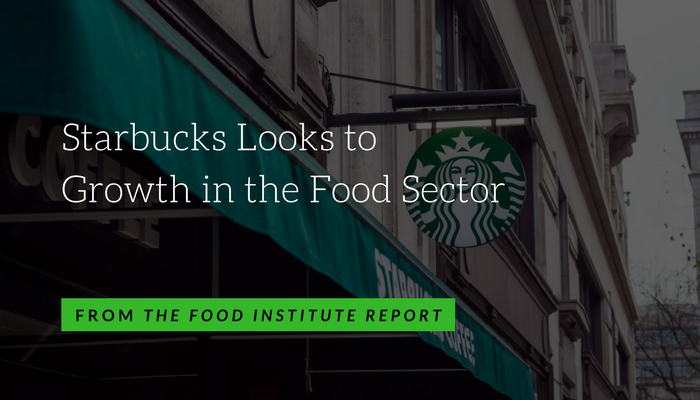 Lunchtime is the biggest financial opportunity for Starbucks, according to COO Rosalind Brewer, as the company plans to double its food business by 2021, according to CNBC (April 3).

At its traditional Starbucks stores, the company offers grab-and-go sandwiches and salads, and bolstered its mobile-ordering so that customers can order food and beverages ahead and pick them up. A bright point has been the sales of the company’s Bistro Boxes, rising 20% each year for the last two years.

Starbucks has been keen to expand its food selections and grow the category for years. From 2016 to 2017, revenue from food increased 15% and now accounts for 21% of sales in the U.S.

At the annual shareholders’ meeting, the company said grew its food business by 1.5 times since 2013 and planned to double it by 2021.

“Although there are fewer locations and markets that would be able to support the new Starbucks ‘marketplace,’ this new concept evolution will make it more challenging for competitors like Panera Bread and Corner Bakery to fight for share of the bakery cafe segment while differentiating further from quick-service giant Dunkin’ Donuts,” according to Darren Tristano, CEO of CHD Expert.