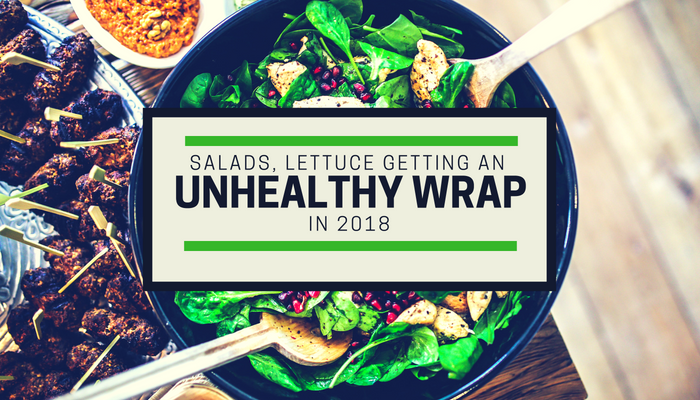 In 2017, if you told me that salads and lettuce were one of the healthiest foods, you'd have no argument from me. Fast forward to 2018, and I may have to disagree.

That isn't to say the products lack nutritional advantages, especially when compared to other foods. Pretty regularly we publish health stories about the benefits of leafy greens in Today in Food. What I am saying is that it appears foodborne illnesses linked to these products are on the rise.

The outbreaks forced the company to respond. To its credit, McDonald's worked with Iowa, Illinois and CDC, and by July 13, issued an update. The company stopped the sale of salads at 3,000 restaurants after customers became sick. The company is removing salads from identified restaurants and distribution centers in Illinois, Iowa, Indiana, Wisconsin, Michigan, Ohio, Minnesota, Nebraska, North Dakota, South Dakota, Montana, Kentucky, West Virginia and Missouri.

However, it wasn't long for the legal repercussions to begin. The first lawsuit was filed against McDonald's Corp. following its decision to stop selling the salads. In a complaint filed in a state court in Illinois, a woman claims she twice had to seek medical treatment after eating salads at her local McDonald's that were contaminated with cyclospora, reported Reuters (July 17).

We'd be remiss to not discuss the E. coli outbreak linked to romaine lettuce grown in Yuma, AZ. As my colleague Sarah wrote a blog on the issue July 2, FDA claims the contamination stemmed from the region's water supply. Sales of the product plummeted across the nation following the outbreak, even if it wasn't sourced from the Yuma region.

It's unfortunate that such a healthy product is getting attention due to foodborne illnesses, but it's important to remember technology is allowing these outbreaks to be caught earlier than ever before. As always, stay tuned to the Food Institute for the latest updates on these and other emerging foodborne illness outbreaks.