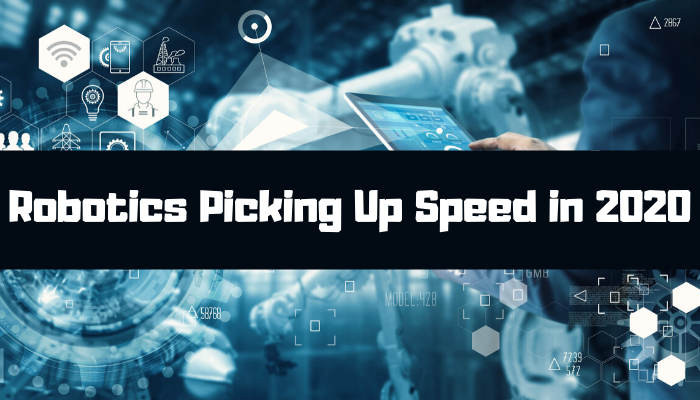 Over $1 billion in U.S. venture capital deals for logistics-focused robotics and automation companies occurred since 2015, according to PitchBook.

In 2019, there were $357.2 million in deals in the category, which includes self-driving truck startups and companies specializing in freight data and tracking, reported The Wall Street Journal (Jan. 7).

The company raised $50 million in Series B funding, which it plans to use to expand its development and support staff and hire more engineers to build out applications to help automate processes, such as truck loading and unloading, according to CEO Daniel Theobald.

Vecna's main product is an autonomy kit that uses software and sensors to retrofit customers' existing warehouse equipment. Theobald calls the technology a "glide path toward autonomy." Allowing customers to use robotic capabilities without having to "rethink from day one how they are doing their business."

The broader market for warehouse and logistics automation topped $53 billion last year and is forecast to exceed $80 billion in 2023, according to Jeremie Capron, head of research at ROBO Global LLC, a research and investment-advisory firm.

Recently, Walmart fully launched the Alphabot in Salem, NH, following a successful pilot program in 2019. The technology, developed exclusively for the retailer in partnership with Alert Innovation, is designed to enable more efficient order pickup and deliveries.

The system operates inside a 20,000-sq. ft. warehouse-style space, using autonomous carts to retrace ambient, refrigerated, and frozen items ordered for online grocery. After retrieval, Alphabot delivers the products to the workstation where an associate checks, bags, and delivers the final order.

"By assembling and delivering orders to associates, Alphabot is streamlining the order process, allowing associates to do their jobs with greater speed and efficiency," senior manager of pickup automation and digital operations for Walmart U.S. Brian Roth said. "Ultimately, this will lower dispense times, increase accuracy, and improve the entirety of online grocery. And it will help free associates to focus on service and selling, while the technology handles the more mundane, repeatable tasks."

Walmart plans to add Alphabot to two more stores in California and Oklahoma later in 2020.

However, robotic formats do not always prove successful. Robotic-pizza maker Zume Pizza is shuttering its pizza business and cutting about half of its staff, reported Bloomberg (Jan. 8). Instead, the company will focus on its nascent packaging line, along with food production and delivery systems.

Additionally, Café X, a pioneer in coffee industry automation, abruptly closed its three downtown San Francisco cafes, reported San Francisco Chronicle (Jan. 8). Cafe X was founded in 2015 and opened its first cafe with a glassed-in kiosk where a robotic arm made drinks and interacted with customers.