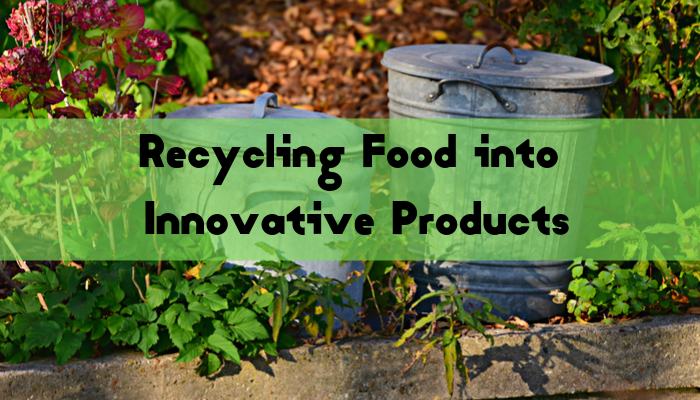 Nearly half of U.S. consumers say they want to change their shopping habits to reduce their environmental impact, according to Nielsen. They are also willing to open their wallets to do so, spending $128.5 billion on sustainable fast-moving consumer goods products in 2018. Since 2014, these influential shoppers have grown sustainable product sales by nearly 20%, with a compound average growth rate that's four times larger than conventional products.

According to the UN, tackling food waste can be a $2.5 trillion market opportunity for businesses, reported CNBC (Aug. 12).

"Thinking creatively about food waste can allow for new business development in the supply chain," said a spokeswoman for Starbucks, which is reprocessing the outer layer of coffee beans into a natural sweetener called cascara.

Mondelez is testing snacks made from parts of the cacao plant that aren't used in producing chocolate. That includes the fruit's sweet pulp, which the company is using to sweeten snacks under a new brand called CaPao. Environmetally-friendly snacks like cacao fruit jerky and smoothie balls (cacao pulp rolled with nuts and seeds) are being tested at farmers markets and retails in Los Angeles.

Meanwhile, Kellogg is working with craft brewer Seven Bro7hers Brewery in Manchester, England, to ferment discolored and undercoated cereal that would usually go to animal feed. This past summer, Seven Bro7hers introduced Cast Off Pale Ale, made from Rice Krispies, and Sling It Out Stout, brewed with Coco Pops.

Additionally, unusable food scraps can find new life in the form of fertilizers and cooking gas. Companies, such as Israel-based HomeBiogas, use bacteria to break down foods,—including fruits, vegetables, meat and dairy—and convert it into biogas.

Yair Teller, co-founder of HomeBiogas, said the technology was an obvious solution for dealing with the world's food waste problem, while also tackling energy shortages. "For energy, for electricity, for hot water, for anything that we need, all of it can come from … organic material," he said. "This way, we also can treat the organic waste that today is pouring into our rivers, into our wells, into our seas, contaminating our environment."

Moreover, companies are also turning food waste into wearable fashion. In Italy, Hannes Parth blends plastic with peels, cores and pulp from apple-juicing factories into leather-like fabric for shoes and handbags. The apple waste results in synthetic leather that uses 50% less plastic than other varieties, according to Parth.