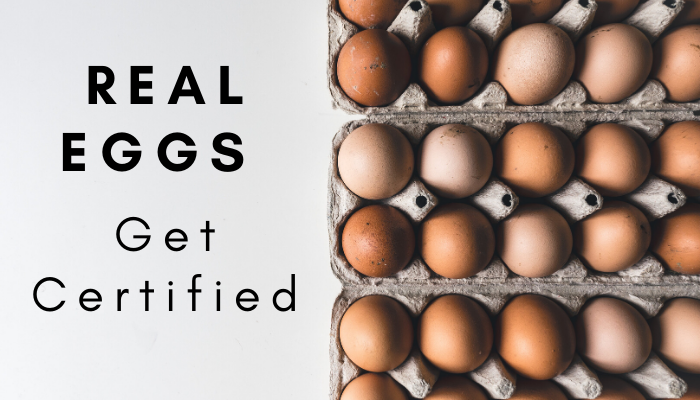 The group found more than 80% of those who buy egg products said seeing the Made with REAL Eggs seal would positively influence their purchase decision. Eighty-two percent of consumers said the seal meant a manufacturer's brand was of high quality and 80% thought the product would taste better.

"Eggs are recognized as one of nature's most perfect foods, and one of the most popular foods among Americans today. In fact, consumer demand for eggs and egg products has reached its highest levels in 50 years," said Anne L. Alonzo, president and CEO of the American Egg Board. "The AEB developed the Made with REAL Eggs certification process to help assure that what is inside a package or on a restaurant menu is the high-quality, authentic ingredient consumers demand."

Providers including White Castle and 7-Eleven have already piloted the program and found the seal encourages consumers to make repeat purchases. "Highlighting the Made with REAL Eggs seal on our distinctive slider sandwiches is an authentic way to share with our customers what we've known all along—that when it comes to serving up hot and tasty real eggs, there's really no substitute," stated Lynn Blashford, CMO of White Castle.

The made with REAL Eggs seal is currently available nationwide for manufacturers and foodservice packaging.

However, alternatives to real eggs shouldn't be overlooked. For those who choose not to eat real eggs, plant-based egg producer Just recently partnered with international foodservice provider Sodexo to bring plant-based eggs to the schools, office buildings, hospitals, and other institutions Sodexo serves, reported Vox (Feb. 6).

The brand is also launching a four-pack of folded, pre-cooked plant-based scramble beginning in April at Whole Foods and other select grocery stores.

Additionally, two French entrepreneurs launched their own vegan alternative to eggs called Les Merveilloeufs, reported The Beet (Feb. 10). The definitive ingredients list is still coming together and will be revealed in the coming months, according to founders Philippine Souleres and Sheryline Thavisouk. But the research they have done is primarily based on legumes.

Les Merveillœufs will be on sale as soon as tests receive the green light and the pair aims to make them commercially available by mid-2020.

Despite strong demand for basic foods like dairy products amid the coronavirus pandemic, the milk supply chain is experiencing disruptions that are preventing farmers from getting their products to market, reported

To make up for loss of restaurant sales, some restaurants are turning to retail operations. Restaurants are bundling in-demand consumer products with food and drinks to reach out to their...