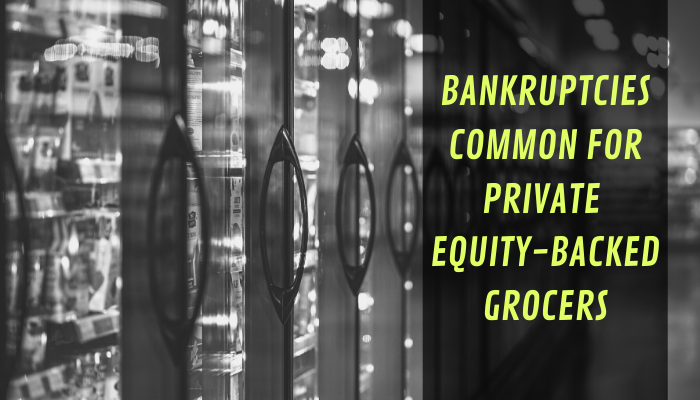 Eight large private equity-backed grocery chains have announced bankruptcies since 2015, compared with three that weren't owned by private equity, according to data from S&P Market Intelligence and PitchBook Data Inc.

"There are several major causes of Fairway's bankruptcy, but the main reason lies in the owners' decision to sell a majority stake to a private equity firm with little experience in the specialty grocery store industry," said Food Institute CEO Brian Choi, CFA. "Once control was taken away, the private equity owners piled on insurmountable amounts of debt and pursued a growth-at-all-costs strategy."

"As someone who has worked as an investment professional in the food and agricultural industry, I've seen numerous examples of private equity firms take over food-related businesses and ultimately do harm because of over-leverage and lack of experience and understanding," said Choi. "Private equity's involvement in specialty grocery industry is no different. Given the new competitive dynamics coming from players like Amazon and Wal-Mart, I expect to see more bankruptcies coming in the supermarket space. To survive, these businesses need conservative balance sheets, and the ability to adapt quickly to changing customer preferences."

However, there have been some positives for private equity in the grocery business. For example, Albertsons, one of the largest private equity-backed companies in the U.S. is planning an IPO.

Additionally, in 2015, Apollo Global Management LLC scored a return of over 10 times its original investment when it exited Sprouts Farmers Market. At a reported valuation of around $19 billion, an IPO could be a huge victory for its owner Cerberus Capital Management LP.

Still, such wins by private equity are becoming rare, according to analysts, and several private equity-backed grocers still in business are contending with high debt loads.

Fresh Market Inc, acquired by Apollo Global Management in a $1.4 billion buyout, was rated a very high credit risk by Moody's, with the store's debt estimated at 7.3 times adjusted Ebitda for the fiscal year ended in January. The parent company of Save-A-Lot, a discount grocer acquired by Onex Partners for $1.37 billion in 2016, is also rated as a very high risk by Moody's, with adjusted debt to Ebitda of more than 15 times, according to the ratings agency's November report.