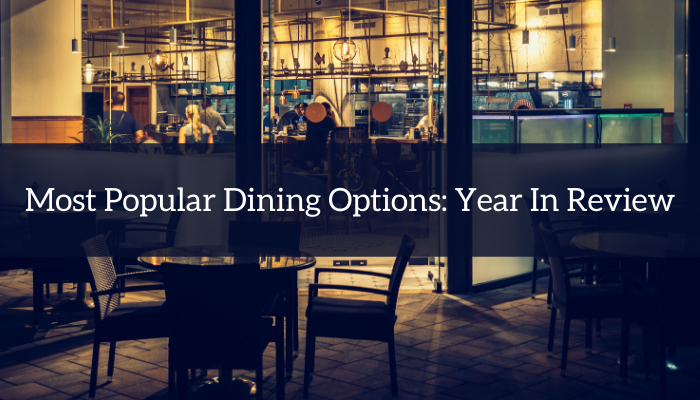 In 2019, diners continued to crave a healthier lifestyle as mentions of alternative diets in reviews skyrocketed, according to OpenTable.

"Keto" was mentioned 683% more in reviews and "plant-based" mentions increased by 136%. "Cauliflower crust" mentions also went up 487% and vegan-alternative "jackfruit" increased in reviews by 148% since 2017.

Additionally, OpenTable found diners still choose to indulge when it comes to global cuisines. Mexican-inspired dishes in particular continued to grow in popularity with "queso" references jumping nearly 31% and "nachos" mentions 19% over the past three years.

Mexican-inspired foods also recently dominated DoorDash's 15 most popular food orders in the U.S., with Nachos and Taco Salad being among the favorites, reported USA Today (Nov. 21).

Reviews of "potstickers," a staple in Asian cuisine, increased 61%, while mentions of a classic Italian delicacy, "cacio e pepe," increased by 96% since 2017. American cuisine was the most popular amongst diners for breakfast, but Italian reigned supreme for dinner.

Meanwhile, the most booked restaurant of 2019 was Washington DC-based Founding Farmers, the majority farmer-owned restaurant serving made-from-scratch, responsibly sourced American cuisine. Currrently, Founding Farmers has nine locations, reported The Patch (Dec. 3). The restaurant is rated 4.4 out of 5 on OpenTable from more than 28,000 reviews.

Additionally, diners looked to try something new in 2019, with 70% of reservations coming from new diners booking a restaurant for the first time through OpenTable, compared to repeat diners, based on their reservation history.

New York City proved itself as the city that never sleeps - and always eats - being the most popular region in the U.S. for late night/early morning reservation bookings made from 12 a.m. to 7:59 a.m. Alternatively, South Dakota proved to be the opposite with nearly 100% of reservations taking place during the day (8 a.m. to 9 p.m.).

Other findings from the report included most people preferring intimate birthday celebrations over group dining, with the majority of birthday reservations made for a table for two, and 42% of diners making reservations at the last minute. Less than half (41%) made their reservations within 1-7 days ahead of dining.