Mar 7, 2017
Plant-Based Foods Are No Longer Niche
By Jennette Zitelli 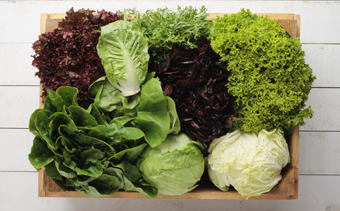 If you are a vegan or a vegetarian, you have probably noticed that is becoming a lot easier to find plant-based meat and dairy alternatives than it was in the past. Even if you don't eat an exclusively vegetarian diet, chances are you have discovered these products in your supermarket, and maybe even tried one of the more popular items, like almond milk or veggie burgers.

While plant-based food used to occupy a special section of the supermarket aisle and was often considered less tasty than its animal product counterparts, it is now gaining a prominent spot in shopping carts. Although many companies are still facing opposition from the industry and regulators, such as Hampton Creek's battle to call its eggless product "mayo" or alternative milk producers' challenges from the dairy industry to label their products "milk," these plant-based products are beginning to move out of the "vegan" section of the store and on to shelves next to their traditional equivalents.

Meat-free burgers are becoming especially popular, as companies aim to move beyond the traditional veggie burger and introduce a product that more closely resembles beef. Impossible Foods is focused on the foodservice sector for its Impossible Burger, while Beyond Meat has rolled out its products in the grocery aisle, reported Fortune (Mar. 1). The Impossible Burger was originally only found in high end restaurants in New York City and San Francisco, but it recently began a partnership with burger chain Bareburger to launch the product at its locations. It first launched at Bareburger's restaurant near New York University, but it will eventually roll-out to the chain's 43 locations, after the company opens a plant in Oakland, CA, to boost production.

In addition, New Crop Capital formed a joint venture with BeyondBrands to accelerate product development and distribution of plant-based meat alternatives. The partnership will provide go-to-market funding and management support, and the companies' first collaborative brand will be unveiled in summer 2017.