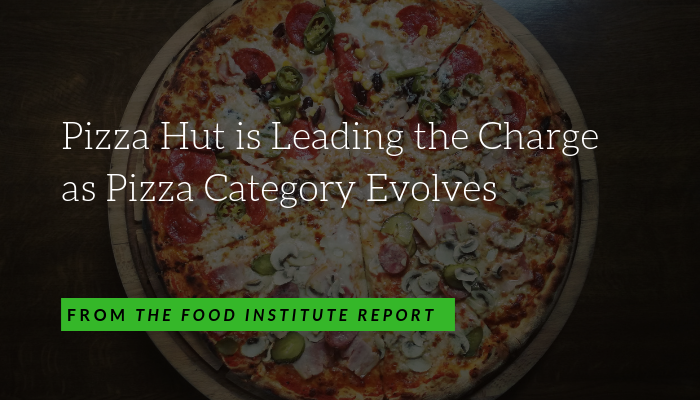 Yum Brands hopes its new alliance with Telepizza will further expand its Pizza Hut brand internationally and that refocusing on a primarily delivery-based store model will help drive sales for the pizza chain.

Pizza Hut’s agreement with Telepizza will position the combined companies as the largest pizza chain across Latin America and the Caribbean. The partnership calls for Telepizza to open at least 1,300 new stores over the next 10 years and a minimum of 2,550 stores total over the next 20 years, said David Gibbs, Yum Brands president and CFO, on a Yum Brands earnings call Aug. 2.

“It will provide us with a foothold in key European markets, something which would have taken decades to achieve on our own, as well as consolidate a majority of our Latin American markets under one master franchisee,” Gibbs said. “In addition to immediately expanding our restaurant base, this agreement should accelerate our unit growth and allow us to leverage Telepizza’s incredible depth and capability in delivery operations and supply chain management.”

Pizza Hut developed a presence in sub-Saharan Africa as well, and is expected to expand to 25 countries throughout the region, with a total of 250 restaurants by 2020.

While Pizza Hut still has some strong dine-in markets, such as Hong Kong and Indonesia, Yum sees significant opportunity in the off-premise market, and it is looking to the delivery-based, eat-in Super Delco store model for strong future gains.

In contrast to most of Pizza Hut’s current restaurants, which heavily rely on dine-in, Yum expects 90% of its net new unit openings in 2018 to be Delco stores.

Meanwhile, Yum China Holdings Inc. reportedly rejected a $17.6 billion buyout offer from a consortium led by Chinese investment firm Hillhouse Capital Group, according to people familiar with the matter. Kkr & Co. and China Investment Corp. were part of the consortium as well, according to sources, reported Reuters (Aug. 28).

As Pizza Hut moves forward with its sales initiatives, growth looks to be coming at the expense of Papa John's.

Papa John’s expects same-store sales to fall 7% to 10% at North American locations in 2018, down from an earlier forecast of up to a 3% decline for the year. Sales shrank 6% before July, with the drop steepening to 10.5% for the month, reported The Modesto Bee (Aug. 7).

Both Pizza Hut and Papa John’s should expect competition from companies like MOD Pizza and Blaze Fast-Fire’d Pizza, which were the top two fastest growing chain restaurants based on U.S. foodservice sales, according to data from Nation’s Restaurant News (Aug. 6).

At the same time, Aramark invested in Oath Pizza and launched a strategic partnership to bring the pizzeria’s brand to new locations. The alliance will enable Oath Pizza to expand more quickly with new locations opening before the end of 2018. The chain planned to open sites on college campuses served by Aramark and already opened locations in businesses and hospital cafes as a result of the partnership.

In addition, the pizza category is energizing itself through innovation. Pizza chains are developing new products that play off healthier food trends, such as Pielogy Pizza’s new Cauliflower Pizza Crust. The crust joins Pieology’s PieRise Thick Crust, Artisan Thin, Hearty Whole Wheat and Gluten-Free crusts, which were developed as a result of customer feedback.

Tyson Foods is seeking to form the Coalition for Global Protein, a multi-stakeholder...