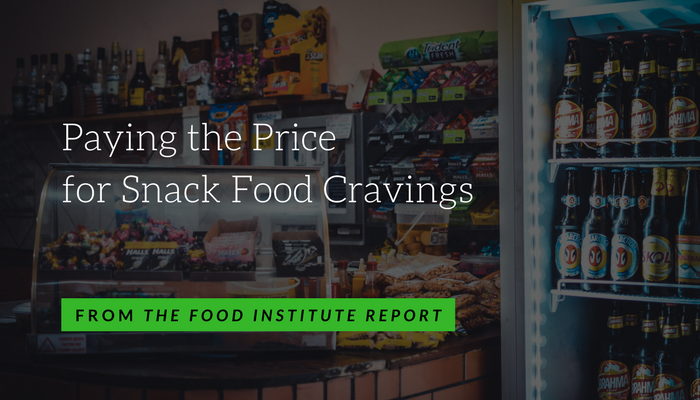 People are willing to overpay when they’re craving snack food, according to a study in the Proceedings of the National Academy of Sciences. The study found consumers were willing to pay an average of $0.66 more for the snack food that they crave, and around $0.26 more for similar snacks, while unwilling to pay as much for “healthier” items like a granola bar or pretzels, reported Fortune (April 3).

The study also found that participants were willing to pay significantly more for the item they had been made to want and slightly more for similar snacks. They saw “healthier” snack foods as less valuable, which suggests that cravings operate distinct from general hunger.