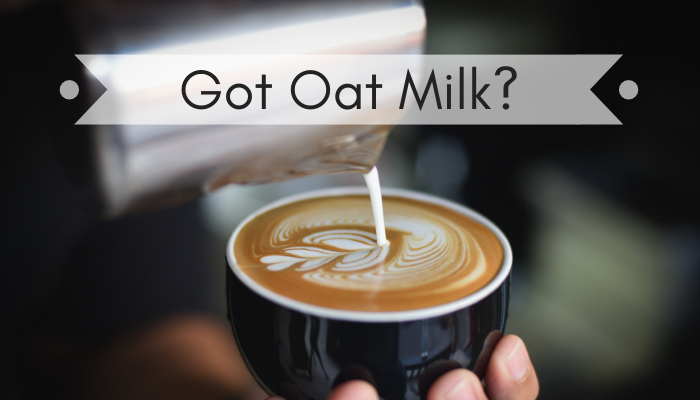 A new dairy alternative took cafés everywhere by storm in 2018.

Oat milk arrived in New York City in 2016, when an Oatly sales rep began making the rounds of local coffee shops, reported The New Yorker (Aug. 6, 2018). Oatly is the leading brand of the beverage and is based in Sweden. The product was invented by Rickard Öste, a food scientist at Lund University, based on research on lactose intolerance and sustainable food systems. He then founded Oatly in 1994.

Already the number two alternative milk in Europe, it quickly gathered a cult following and gradually made its way into American consumers' lattes and grocery aisles.

At the end of 2018, Oatly production couldn't keep up with the growing demand. Baristas were struggling to meet customers' requests. Sellers on Amazon even listed cartons for $25 each and cases of six for over $200. Oatly's general manager, Mike Messersmith, told The New Yorker that the occasional oat milk shortage adds to its charm and allows "the humanness of the company to come through."

The company was forced to turn down some orders from grocery stores and cafes due to such limited supplies.

However, U.S. production is expected to be boosted by as much as ten times in late March or early April when Oatly opens a factory in Millville, NJ, reported Bloomberg (Jan. 14). The expansion will make Oatly's product more accessible for people looking to "buy a six-pack from Amazon," Messersmith said.

Fans can rejoice because not only will Oatly be ramping up production in 2019, but several other brands have jumped on the bandwagon with their own versions of the beverage.

In October 2018, Quaker Oats unveiled it would start selling its own brand of oat milk with plans to start selling in January, reported The New York Times (Oct. 19, 2018). The company said it hopes to distinguish its product by promoting the health benefits of the drink.

Other companies such as Silk and Califia Farms are also launching their own versions this year.

Oat milk not only has health benefits, but is healthier for the environment than dairy milk and most other plant-based alternatives on the market.

A University of Oxford study revealed that producing a glass of dairy milk results in almost three times the greenhouse gas emissions of any non-dairy milks, reported BBC (Jan. 9). When compared to dairy, rice, soy and almond milk, oat milk was shown to have some of the least negative effects on water use, land use and emissions. Dairy milk caused the most damage in every category.

Almond milk, another widely popular choice, requires much more water to produce than soy or oat. A single glass requires almost 20 gallons of water— more than a typical shower. Oat milk was shown to require less than half of that amount. Soy used even less.

Sales of plant-based milk alternatives, including oat, exceeded $2 billion last year, according Mintel. Research showed that almond had 64% market share, soy had 13% and coconut had 12%. In 2019, oat milk could be on its way to becoming a market staple among consumers.