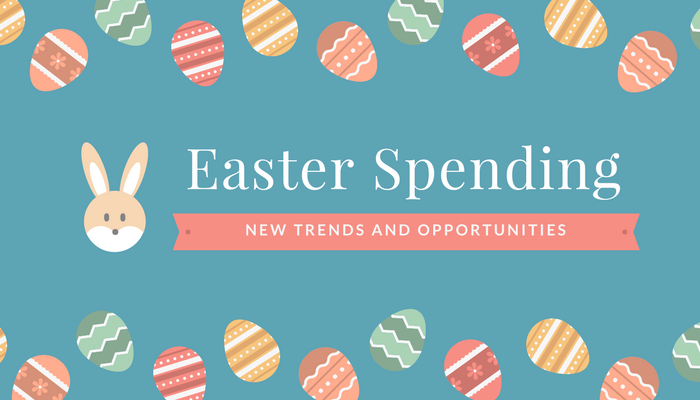 Easter spending is expected to total $18.2 billion this year, nearly matching last year's record of $18.4 billion, according to an annual survey by the National Retail Federation and Prosper Insights & Analytics. About 81% of Americans will celebrate the holiday and will spend an average of $150 per person, down from last year's record of $152.

Globally, Easter chocolate launches rose 23% in 2018 from 2017, according to Mintel. The countries leading the way include Brazil, South Africa, Germany, the UK and France. In its home country, UK-based Mintel forecasts sales of Easter gifting products will rise 2.6% in 2018, making the seasonal event worth an estimated $835 million to UK retailers.

Food gifting overall is also expected to increase in the U.S, according to Packaged Facts. U.S. consumer and corporate food gifting sales will approach $20 billion in 2018, up 4% from 2017. While winter holidays remain a food-gifting mainstay, the firm's research highlights Easter as an emerging, important holiday. Notably, roughly 26 million consumers, or 20% of food gifters, gave food gifts during Easter last year, putting the holiday just below Father's Day in participation.

Packaged Facts notes food gifting companies are eager to expand into Easter, considering that those who celebrated in 2017 spent an estimated $18 billion on products spanning eight categories, including candy, gifts, food, and flowers, with $152 spent per celebrant. Food and candy comprised more than $6 billion of consumers' Easter spending.

Easter is a relatively untapped market for food gifts, as 81% of adults aged 18 and over celebrated Easter in 2017, or almost eight times as many who have purchased an Easter food gift for someone.

Mintel's research finds categories that may be worth expanding into include bite-sized formats, which have grown 50% over the past five years, as well as vegan confections, which more than half of chocolate eaters in Spain, France and Poland are interested in trying.