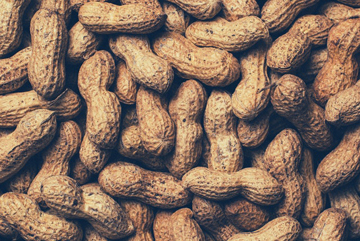 For many children throughout the country, peanut butter and jelly sandwiches are a staple. And if we are being honest, it remains a frequent aspect of my adult diet, as well. However, with the rising prevalence of peanut allergy cases in the U.S. that manifested over the past two decades, many institutions and locations have enacted partial or full bans of peanut products to protect those who are allergic from potentially life-threatening issues.

However, perhaps these well-meaning measures were in the wrong.

FDA posted a letter from its leader, Scott Gottlieb, Sept. 7 noting that previous medical recommendations regarding peanut allergies may be wrong. The prevalence of peanut allergy in children more than doubled between 1997 and 2008, and about 2% of American children in 2017 are allergic to peanuts. Combined with the potentially-fatal consequences of peanut exposure, American doctors began advising parents to not introduce peanuts or peanut-containing foods to children under the age of three who were at high risk of the allergy.

Gottlieb notes that although this advice was well-intended, recent science has turned it on its head. A landmark clinical trial funded by the National Institutes for Health found that introducing peanut-containing foods to babies as early as 4 months of age who were at risk for developing the allergy actually reduced their risk of developing it by a whopping 80%.

While the health information itself is interesting, FDA released two paragraphs that are quite interesting for the food industry in particular:

"Along with the information that you currently see on food labels, which disclose when a food contains peanuts or peanut residue, the new advice about the early introduction to peanuts and reduced risk of developing peanut allergy will soon be found on the labels of some foods containing ground peanuts that are suitable for infant consumption. Whole peanuts, on the other hand, are a choking hazard for young children and should not be consumed. Recognizing the importance of science-based food decisions, the FDA has responded to a petition for a new qualified health claim that states 'for most infants with severe eczema and/or egg allergy who are already eating solid foods, introducing foods containing ground peanuts between 4 and 10 months of age and continuing consumption may reduce the risk of developing peanut allergy by 5 years of age.' This is the first time the FDA has recognized a qualified health claim to prevent a food allergy. Our goal is to make sure parents are abreast of the latest science and can make informed decisions about how they choose to approach these challenging issues.

The new claim on food labels will recommend that parents check with their infant’s healthcare provider before introducing foods containing ground peanuts. It will also note that the claim is based on one study. The FDA will continue to monitor the research related to peanut allergy. If new scientific information further informs what we know about peanut allergy, the FDA will evaluate whether the claim should be updated."

Peanut allergy is the leading cause of death related to food-induced anaphylaxis in the U.S., and as such, is a valid concern for parents. However, the new science and labeling system could give companies that use peanuts an opportunity to pivot their products into a new health sphere. Instead of marking their products so that a certain population can't eat them, they will be able to market them to parents who are concerned with making sure their kids don't develop the allergy at all.

That isn't to say that this will be a fool-proof boon for food producers. The study found that 20% of those who are given peanut-containing products could still develop a peanut allergy, and FDA recommends that parents speak with their healthcare providers before administering any form of peanuts into a child's diet. However, the news is certainly a welcome change for the food industry and could provide many children with the ability to eat that old staple of Americana.

Four years before COVID, a market analysis report by Grand View Research predicted the global food robotics market would attain a value of approximately $3.4 million, with a CAGR of 13.1% by 2025. COVID has rapidly accelerated the growth of the market to meet consumer needs. Food robots, for instance, cooked, delivered, and served food in places that included restaurants, malls, and hospitals—saving...