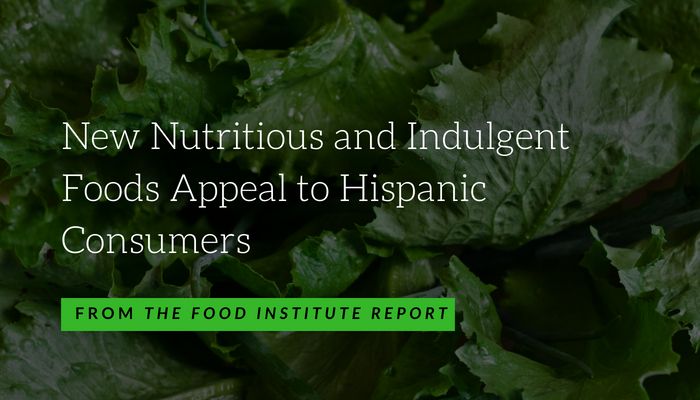 When it comes to the new products that most appeal to Hispanic consumers, the food sector ranks first, followed by beverages and health/personal care items.

The Hispanic cohort spends more than $94 billion on consumer packaged goods per year. By language spoken, bilingual Hispanics make up 42% of the CPG market, with Spanish-speakers making up 31% and English-speaking Hispanics making up 27%. Hispanics spend $25 million on general food (which is 12.4% of overall spending in that category), $13.3 million on refrigerated food (12.3%),

Hispanics show a strong interest in new products across departments. Bilingual Hispanics are most likely to find a new food or drink appealing, at 29% for food and 20% for drinks.

The top-selling food and beverage launches underscore an interest in solutions that balance nutrition and indulgence, and they come from all areas of the grocery store. The top product was Halo Top (which achieved an overall New Product Pacesetter score of 93; the average score was 100).

For Hispanics, healthy eating is important, but moderation is key, as 36% of Hispanic consumers eat healthy 50% of the time and an equal percentage eats healthy 80% of the time.

Forty percent of Pacesetter brands that hit the mark with Hispanics tout more natural, organic, herbal or holistic attributes, whether they be food, beverage or health/personal care brands.

The largest grocery chains in the U.S. are shifting to better offer plant-based foods, according to the Good Food Institute...