Aug 2, 2019
Options for Non-Dairy Ice Cream on the Rise
By Victoria Campisi 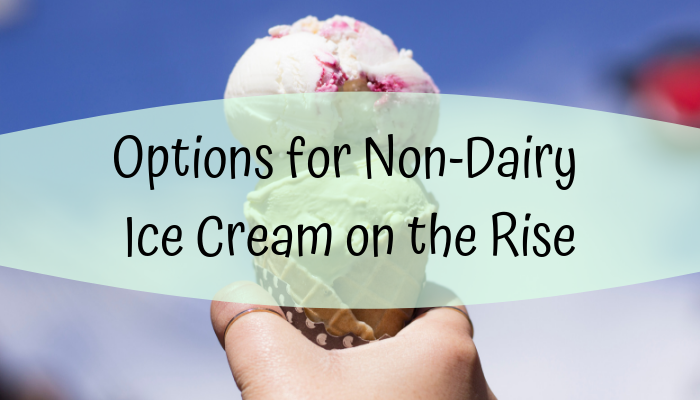 Producers are searching for the best milk-alternative ingredients for non-dairy desserts.

Coconut's natural creaminess is seen by some as the best way to imitate the dairy, but non-dairy ice cream makers are looking for something new as violent storms have devastated farms in Southeast Asia, threatening the coconut supply, reported Bloomberg (Aug. 2).

"We're going to continue to support coconut farmers and those communities for as long as we can, but we realize that there's absolutely a climate threat to those areas," said Kim Gibson Clark, CEO of Coconut Bliss, a U.S. vegan ice cream producer. Coconut Bliss, which sells frozen treats in grocery stores throughout the U.S. and Canada, gets half of its supply from Thailand and the rest from the Philippines.

Coconut Bliss used coconut milk as a base for all of its products since 2005. To avoid a possible loss of supply, the company is developing a plant-based milk source out of Oregon's Willamette Valley, Gibson Clark said.

Coconut cream is often the base of choice for vegan ice cream because it has less air, making it denser than other dairy alternatives, said Tyler Malek, co-founder of Portland-based ice cream chain Salt & Straw. The company, which operates 19 store locations across the West Coast, began to "diversify to steer clear of coconut risks," Malek said. The company's ice cream makers are experimenting with ingredients including aquafaba (the liquid from a can of chickpeas), white beans and allergen-free milk.

Meanwhile, oat milk maker Oatly rolled out its own frozen dessert to NYC bodegas, as well as Wegmans and FreshDirect, reported Bloomberg (July 31). In April, the Swedish company opened a $15 million U.S. processing plant in Millville, NJ - the first outside of Europe. The factory produces 750,000 gallons of oat base - a thick, lightly sweet liquid that's the main ingredient in all Oatly products - on a monthly basis, according to the company.

The introduction of the dessert was timed to coincide with the company's increased production capacity, according to Oatly U.S. general manager Mike Messersmith, as a way to increase brand awareness. "We wanted people to notice and be like, 'Huh'," he said.

However, lab-made dairy could be the next alternative to plant-based, reported The New York Times (Aug. 2). Lab-made dairy products are beginning to be developed by several startups such as Perfect Day Foods which developed a vegan, lactose-free ice cream containing milk proteins made by microbes.

Microbes, such as yeast, are given the genetic instructions to produce the dairy proteins. The microbes are then mass cultivated, with nutrients added and the temperature adjusted. The organisms eventually start churning out large quantities of the proteins, which are isolated and added to various recipes.

Perfect Day plans to sell its lab-made whey to ice cream-makers, dairy companies and restaurants rather than directly to consumers. Additionally, it partnered with agriculture giant Archer Daniels Midland to try to meet market demand and reduce the cost of producing proteins with the company's industrial-scale fermentation infrastructure.