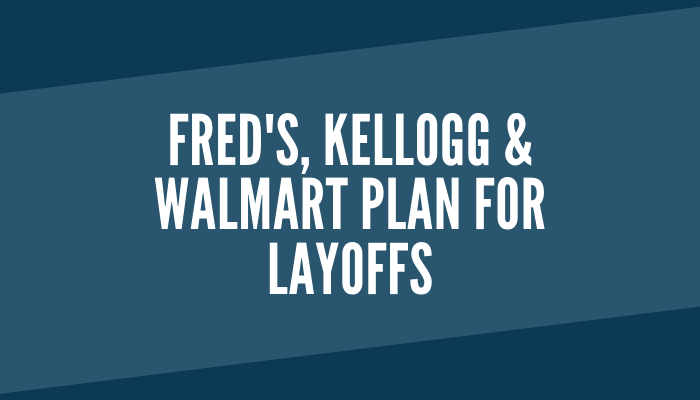 More layoffs are in store for Fred's employees.

This doesn't come as much of a shock, as this is just the latest development in Fred's multiyear unraveling. It previously announced that over 260 of its stores across the U.S. would close, as it seeks to return to profitability. It did not disclose which employees will be let go or the departments or facilities where they work.

The company filed a form with the U.S. Securities and Exchange Commision (SEC) on Friday, June 14, that stated it was delayed in preparing and filing its quarterly report for the period ended May 4, reported Memphis Business Journal (June 14). Its annual report was delayed earlier this year.

Fred's said the "timely filing" of the form was "impracticable without undue hardship and expense" because this is the first quarterly filing since the company adopted a standard to "recognize leases on-balance sheet and disclose key information about leasing arrangements."

The SEC form stated that Fred's anticipates "there will be a significant change in the company's results of operations" for the quarter, as compared to the results reported in the same period in 2018.

Fred's isn't the only one letting workers go. The Kellogg Co. unveiled a reorganization plan for its North American operations ahead of the sale to Ferrero International SA of selected cookies, fruit and fruit-flavored snacks, pie crusts and ice cream cones businesses.

The plan is designed to "simplify the organization that supports the remaining North American business after the divestiture and related transition," and is expected to be completed by the end of the year. Kellogg expects to book pretax charges of about $35 million, including $20 million to cover severance and other benefits costs.

Additionally, Walmart is laying off nearly 600 employees in Charlotte starting later this year as it outsources its finance and accounting operations, reported Charlotte Business Journal (June 14). The layoffs are expected to begin in September and continue until early 2020, although several corporate jobs will remain locally.

The work done by the affected divisions are being outsourced to Genpact, a professional services firm that opened a digital innovation hub in Bentonville, AR - Walmart's headquarters city - in 2018.

"Our customers are changing the way they shop, which requires us to change how we work," wrote Derek Scott, senior associate general council for Walmart Inc., in the WARN notice. "To compete in this new era of retail, we must be willing to pull back in some areas to invest in others."