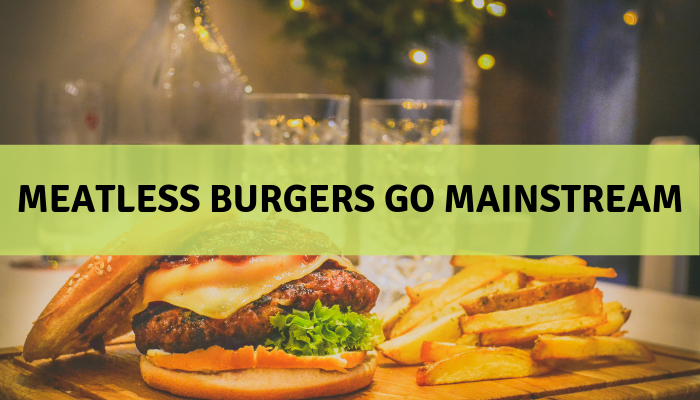 Plant-based burgers are finding their way on to more and more menus — and customers are responding.

There were 228 million servings of plant-based burgers ordered at quick service restaurants (QSRs) in the year ending May 31, 2019, up 10% from a year ago, according to The NPD Group. The strong year-over-year growth is primarily due to increased availability at major QSR chains.

Plant-based burgers could soon be even more available since Impossible Foods, the plant-based protein company that had been struggling to meet demand, is no longer facing a shortage, reported CNN (July 17). In a letter to its distributors, the company revealed that a cap on ordering was lifted.

The Impossible Burger is now "fully stocked" within the ordering systems of over 400 U.S. distributors, according to Rachel Konrad, the company's chief communications officer.

To meet the surge in demand, Impossible tripled its weekly production and increased the number of employees at its Oakland, CA factory. It started packing the product into five-lb. bricks instead of patties, and switched from two 12-hour shifts, to three eight-hour shifts per day.

Later this year, Impossible plans to announce a partnership with a major manufacturing operator that will "dramatically increase production capacity," said company president Dennis Woodside. "The pace of innovation, and the time from lab to table, is going to decrease."

Eighteen percent of the overall adult population is trying to eat more plant-based foods. The popularity of plant-based is being fueled by consumers' attempt to get more protein in their diets, as well as concerns for animal welfare, sustainability, how meat products are brought to the market and what is perceived as healthier nutrition.

A fast food chain adding a plant-based product to its menu could lead to a spike in orders. Burger King, who ran a successful test of the Impossible Whopper, plans to service it at 7,300 locations by the end of 2019. Additionally, Tim Hortons, Canada's largest quick service restaurant, recently added Beyond Meat's plant-based burgers to its menu, reported The Vancouver Sun (July 17).

"Plant-based burgers allow consumers to substitute without sacrifice. They get the 'burger' experience while assuaging their need for more protein and social concerns," says Darren Seifer, NPD food and beverage industry analyst. "With that said, U.S. consumers have not given up on beef burgers but are willing to mix things up every now and then."

However, beef burgers are still the most popular burger ordered at QSRs with 6.4 billion ordered in the year ending May 31, 2019. Although growth is flat compared to a year ago, they are still the top sandwich ordered at U.S. restaurants.

Customers bought beef burgers at QSRs an average of 18 times in the year ending April 2019, but they did give plant-based burgers a try, purchasing them two times in the period. Although vegetarians and vegans are contributing to the growth of plant-based foods, they still represent a small percentage of the U.S. population and are not the primary contributors.