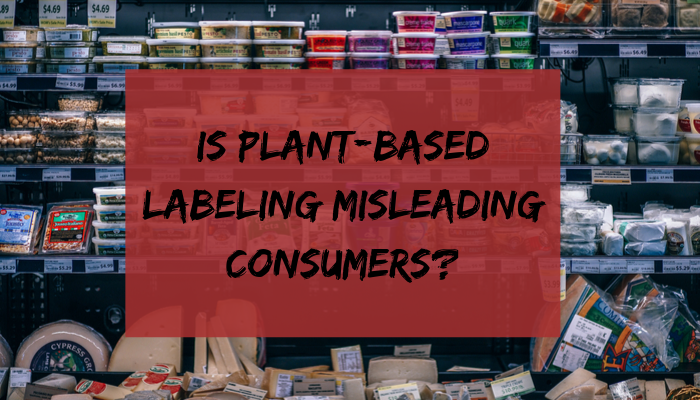 It claims the association "has been unable to reach consensus and take a stance" on the issue of plant-based alternatives using dairy terms to promote products. "We believe it is wrong that many plant-based products are currently marketed using milk's good name yet are lacking several of the inherent nutrients of their dairy counterparts," the company wrote in a press release.

The company decided it can no longer financially support "an organization that is not behind one of [its] core priorities." Dean will divert its advocacy resources to pursuing accurate product labeling for the benefit of the dairy industry, including farmers, processors and consumers around the U.S.

This isn't the first time plant-based labeling has become an issue. As a rise in plant-based meat and dairy substitutes continues to grow, how to label the items is a topic of debate amongst manufacturers.

Recently, a federal judge blocked a Missouri law targeting fake meat, reported St. Louis Post-Dispatch (Oct. 4). Missouri lawmakers approved the new law in 2018 as part of changes to state agriculture and conservation laws. The meat provision states that if a product isn't derived from an actual cow, chicken, turkey or some other animal with two or four feet, it can't be marketed as meat.

Supporters of the law said the measure would protect ranchers, pork producers and the state's chicken and turkey farmers from a rise in popularity of meat alternative products such as the Impossible Burger. The law gives the Missouri Department of Agriculture the ability to investigate and refer potential labeling violations to the Attorney General's office or a county prosecutor.

However, the judge said he would not issue a preliminary injunction to bar agriculture officials from enforcing a law requiring companies selling veggie-based meat substitutes to label their products as plant-based or laboratory-grown.

In Arkansas, a bill requiring "truth in labeling" for edible agricultural products was approved in March as the ranching and farming industries sought to protect their brands from being confused with the many plant-based items cropping up on supermarket shelves, reported The Washington Times (Oct. 7).

ACLU attorneys went to federal court on behalf of Tofurky seeking to block the Arkansas law. Tofurky CEO Jaime Athos argued consumers opt for such foods "not because they are confused or misled, but because they are savvy and educated about the health and environmental consequences of eating animal products."

"Phrases like 'veggie burger' are well-established in common vernacular and help consumers choose a plant-based alternative that works best for their favorite dishes," he said. "We hope to block this unconstitutional law from being enforced so that consumers can continue to have access to familiar plant-based products in Arkansas, and ultimately across the U.S."