Dec 19, 2018
Is Kroger Becoming More than a Grocer?
By Chris Campbell 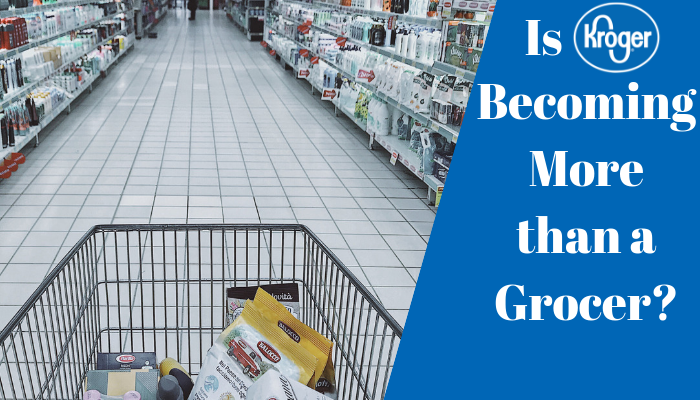 In the past, the American people have watched as retailers such as Walmart, Target and even Kohl's worked to enter the grocery channel. However, have we ever seen a grocer look to become something more? I posited this question after reading a few recent news stories about Kroger.

Nothing showcases this belief more than a recent Kroger promotion. Kroger CFO J. Michael Schlotman will retire in December 2019, succeeded by Gary Millerchip, current CEO of Kroger Personal Finance. That the company would tap the CEO of its finance division to head its overall finances is likely unsurprising, but it underscores how serious the company is in integrating its non-grocery channels into its overall business plan.

That said, from personal finance to marketing to even clothes, the Kroger Co. is making plays beyond the grocery channel, and its scale will give the company the opportunity to flesh out new ideas and test new concepts. As of December 2018, the company operates 2,765 supermarkets and multi-department stores, which gives them one of the strongest retail footprints in the nation. The company is the U.S.'s largest supermarket chain by revenue, and is the second-largest general retailer, behind only Walmart. Overall, it's the seventeenth largest company in the U.S.

The freedom that their footprint provides allowed Kroger and Nuro to launch the first unmanned delivery service available to the general public. The companies have operated a self-driving grocery delivery service in Scottsdale, AZ, since August with an autonomous Prius fleet accompanied by vehicle operators, but this expansion includes Nuro's unmanned vehicle known as the R1, which travels on public roads and has no driver, no passengers and only transports goods.

Now, the delivery system isn't necessarily a new business opportunity for the company, but it does provide Kroger with the ability to move its goods to consumers. And if the company continues to expand upon its offerings, having a delivery network will help it compete with the likes of Amazon and Walmart. Which might be good for a company that is expanding beyond food, even if it is a limited-time event like bringing back a now-defunct toy retailer's mascot to sell toys via Geoffrey's Toy Box at 600 stores.

That said, the investments can become fodder for sales and acquisitions in the future. Case in point: the company partnered with Inmar for a long-term services agreement for the delivery of digital offers. As part of the deal, Kroger sold its digital coupon property You Technology to Inmar. Founded in 1999, the company focuses on building products that provide digital offers to consumers.

I think it is unlikely Kroger will ever shake its reputation as a grocer, and for good reason. Although Walmart sells more food than anybody, most consider them to be a general retailer. However, this reputation likely won't hinder Kroger. Even though the company cut its teeth on groceries, the company seems set on trying new avenues in the retail sector, and the early results indicate it knows just what it is doing.