Feb 22, 2019
How Gen Z is Influencing the Food Industry
By Victoria Campisi 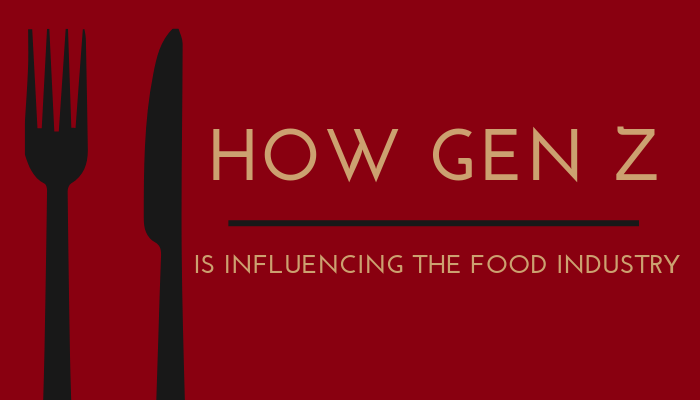 The oldest of Gen Z will be 22 this year and are now putting what they learned about food into practice, according to The NPD Group. Many members of this group were raised to put an emphasis on the quality of food, as well as its flavor and function. These behaviors are now being reflected in grocery stores purchases and dining out trends.

Gen Zs are becoming more challenging for food marketers to reach as they grew up with a focus on the flavor and function of food instead of the brand of it. Portability is what they value most when choosing a snack, according to NPD's The Future of Snacking report. If they can't take a snack with them, it's not really a snack. Additionally, the expect functionality with added nutrients and health benefits that will replenish them throughout the day.

NPD also found that, like Millennials, Gen Z's are frequent visitors of fast casual restaurants and traditional quick service restaurants. In the year ending December 2018, foodservice delivery orders by Gen Zs amounted to 552 million, even though only a portion of Gen Zs are old enough to order their own delivery. They are also heavy users of restaurant tablets and order kiosks.

When Gen Zs do prepare a meal, they are more likely to prefer simple, easy-to-prepare meals - even more so than Millennials - according to a report from Packaged Facts. The report shows that in households that are headed by those under 25 are 29% more likely to eat shelf-to-microwave dinners are 26% more likely to eat frozen breakfast entrees/sandwiches. They are 10% more likely to eat dry packaged dinners, dinner mixes and kits as well.

"There exists ample opportunity for food marketers of frozen prepared meals, canned soups, potato chips, and other canned and packaged prepared food such as salads and desserts, to convert adults under the age of 25 into loyal lifelong customers," said David Sprinkle, research director for Packaged Facts.

Gen Z adults are surprisingly health conscious, despite their reliance on portable, convenient food options. Compared to Millennials a decade ago, 18-to-24-year-olds are more likely to look for organic or natural foods when they go food shopping and to prefer foods without artificial additives. They also are more likely to be vegetarians.

Additionally, Gen Z is more likely to expect food companies to delivery new, novel and authentic food experiences. They are more likely than Millennials to say they are usually the first out of their friends to try new foods or to admit they can be swayed by coupons to try new products.

"Gen Zs can FaceTime their friends, text their moms and order a pizza all at the same time," says David Portalatin, NPD food industry advisor. "Although we're just getting a peek at what Gen Zs will bring to our culture, economy, and society, this generation will be a seismic force as they emerge into adulthood under more prosperous economic circumstances, yet with their own differentiating set of values."