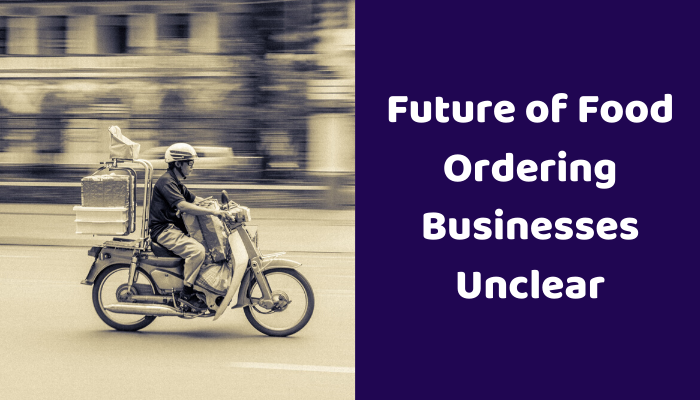 According to Wedbush analyst Dan Ives, Uber may need to "significantly curtail" or "possibly shut down" its food ordering business in the New Year due to a combination of losses and "competitive headwinds," like Google, reported New York Post (Dec. 30).

"Google has not had a significant impact to date on UberEats, but I think in 2020 it could," Ives said. He further explained that this will have investors fretting over UberEats' losses. "UberEats went from an asset to a liability for the company because it is unprofitable and Uber's stock is down 30% since it went public," he noted.

Additionally, industry watchers point to Grubhub as potentially vulnerable due to a sudden and mysterious decline in orders on its app that CEO Matt Maloney revealed in October, which sent stock down more than 40%. Maloney blamed the decline on discounts by rivals.

However, industry watchers say Google could have also played a role. "The only thing that changed during that time is that Google launched its platform," said Chris Webb, chief executive of ChowNow, which provides online ordering software for restaurants and is a Google partner in the new business. "It's pretty clear that Google is intercepting orders that would have gone to Grubhub and others."

Google officially entered the food-ordering space in May with a service that allows people to order from partner companies, such as DoorDash, without opening the app. Consumers type in the name of a restaurant or style of cuisine in Google's search engine or map, which then leads them to a results page with tabs offering "order pickup" and "order delivery."

Grubhub declined to comment on the tech giant's potential impact on its sales, saying only it "prefers to have a direct relationship with its 140,000 partner restaurants and millions of diners across the country." UberEats also declined to comment.

Meanwhile, Uber and Postmates filed a lawsuit to block a California labor law that would make it harder for gig economy companies to qualify their workers as independent contractors, reported Reuters (Dec. 30). The law is scheduled to go into effect on Jan. 1.

Backers of the bill, including labor groups, argued the law protects workers' rights. By classifying the contractors as employees, the companies would be subject to labor laws that require higher pay and other benefits, such as medical insurance.

Uber, Postmates and other app-based companies said the legislation compromises the flexibility of their workforce and fewer workers would be hired were they considered employees. The companies called it a "thinly veiled attempt" to target and harm gig economy businesses, saying the legislation violates equal protection guaranteed under the constitutions of the U.S. and California.

The largest grocery chains in the U.S. are shifting to better offer plant-based foods, according to the Good Food Institute...