May 8, 2018
Frozen Food Category Shows Growth for the First Time in Five Years
By Chris Campbell 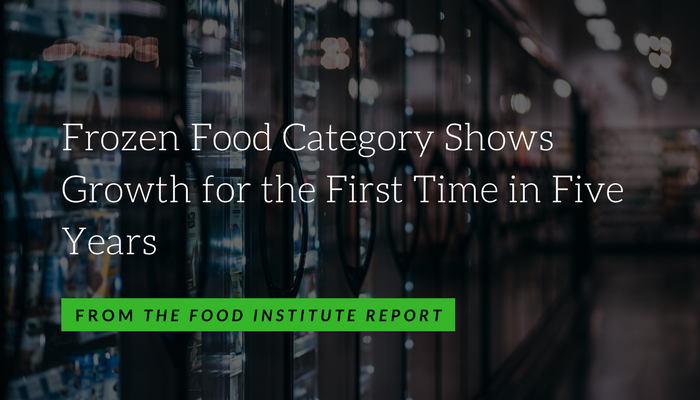 Volume growth for the frozen food category turned positive for the first time in five years, up 1% for the 12 weeks ending March 10, according to a report by RBC Capital Markets, reported MarketWatch (April 8).

Conagra Brands’sales increased in the time frame by 21% for its Healthy Choice brand, 12% for Banquet and 13% for Marie Calender’s, while Pinnacle Foods saw its frozen products gain momentum thanks to its Birds Eye vegetable innovation. B&G Foods recently launched its third wave of Green Giant spiralized vegetables, which is already performing well for the company, according to analysts.

Frozen food’s growth compared to other packaged foods is accelerating as the consumer perception of the category changes. Consumers are now beginning to see freezing as a way to preserve food with fewer drawbacks, in contrast to the stigma frozen food had in the past decade with Millennials specifically, who wanted “whole foods” for themselves and their families, staying away from foods perceived to be “engineered.”

Lizzy Freier, managing editor of menu analysis at Technomics, says “frozen foods allow for convenient dining for so many who are strapped with budgets and having to cook for their families, or even those who have to cook for themselves.”

RBC believes frozen food companies are catching up to align their frozen offerings to the attributes consumers demand. New “quick freeze” technology utilized by manufacturers helps frozen vegetables and frozen meals  retain their nutrients and flavor for months; in contrast, fresh food has to travel and spoils fast.