Jun 12, 2018
Frozen Food Aisle is a Barrier for Grocers, Shoppers
By Chris Campbell 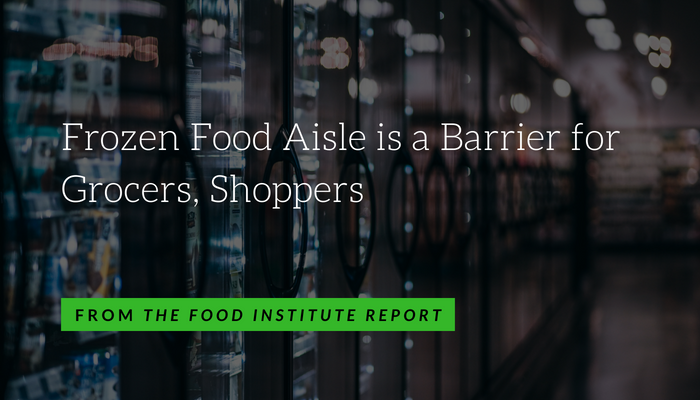 Forty-six percent of grocery shoppers spending over $100 don’t visit the frozen food department, according to an industry analyst. Frozen food challenges include competing with the warmth and smell of the ever-expanding deli section, the packaging of frozen products, and the barrier created by the glass door, reported NPR (May 2).

While frozen food is a $53 billion a year business, it makes up only about 6% of total grocery store sales. In addition, frozen food sales have flattened or dropped by a percentage or so annually for the past few years.

A good approach for grocers is to curate the frozen food selection at their store and examine local demographics to decide what types of frozen food would be best for area shoppers, according to industry analyst Warren Thayer of Frozen & Refrigerated Buyer.

Instead of the traditional glass-door display, grocery retailers like Trader Joe’s and Whole Foods use frozen food open cases, which make it easier for shoppers to access and find what they want.

But the high cost of freezer cases has likely stopped more grocery stores from using that model, according to Alison Bodor, president and CEO of the American Frozen Food Institute. Bodor notes it would require innovation by manufacturers and grocery stores to significantly boost frozen food sales.