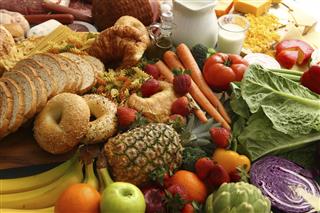 Two days after the U.S. Presidential Election, the world is starting to make predictions about what President Elect Donald J. Trump will accomplish in office, and how that will impact the economy, businesses, and the country as a whole. While many other officials were elected on Nov. 8, and many ballot questions were decided, it is undeniable that the Trump Presidency will have an effect on how companies do business, especially in the food industry.

The National Restaurant Association noted that "given Trump’s background in the hospitality industry, it is likely he will push for his proposed tax cuts and regulatory reform for the business sector." It also expects " relief in some of the burdensome requirements imposed on businesses and employees alike in the health care space, as well as in labor regulations." It also pointed to changes in the U.S. House of Representatives, noting "2017 could be a year of opportunity for the restaurant industry." It expects Congress will make changes to the recent labor policies put in place, such as the joint-employer standard and the overtime regulation. It also expects the House to move forward with Speaker Ryan’s Better Way agenda, which "provide opportunities for the restaurant industry, especially in the areas of tax reform, regulatory reform and changes to the health care law."

The National Retail Federation expects the election results to affect a few retailer issues. It expects Trump will improve supply chain infrastructure and impose tax reform that would eliminate "tax credits and deductions that benefit only a few industries," while "lowering the current corporate tax rate," but that he will veto the Trans-Pacific Partnership and other free trade agreements and impose new tariffs. It also forecasts changes in labor issues, immigration, healthcare, online sales tax, patents, payments, and cybersecurity.

The Grocery Manufacturers Association didn't get into the specifics of the impact of the new president, but noted it "look[s] forward to working with the new Trump administration and the new Congress to continue the bipartisan support for science-based laws, regulations and policies," enabling it to provide consumers "with the most safe, healthy, convenient and affordable food, beverage and consumer products," reported Supermarket News (Nov. 9).

The Food Marking Institute advised its members to connect with their new elected officials to make sure they "understand your perspective on votes they will take in the city council, county commission, state legislature or Congress." It suggests setting up meetings to discuss the issues with your government representatives and introducing them to associates, such as the store manager.

United Fresh Produce Association voiced a similar sentiment, congratulating Trump on his win and stressing the importance of working "with our newly elected leaders as we focus on key issues that impact our industry including food safety, immigration reform, nutrition, federal agricultural policy, international trade, and tax reform policy."

More predictions about the future of the food industry are bound to emerge, but we won't truly know how this presidency will help or hurt businesses until the new year begins. Be sure to keep on top of all policy changes and market swings here at The Food Institute Blog and in our daily Today in Food newsletter.