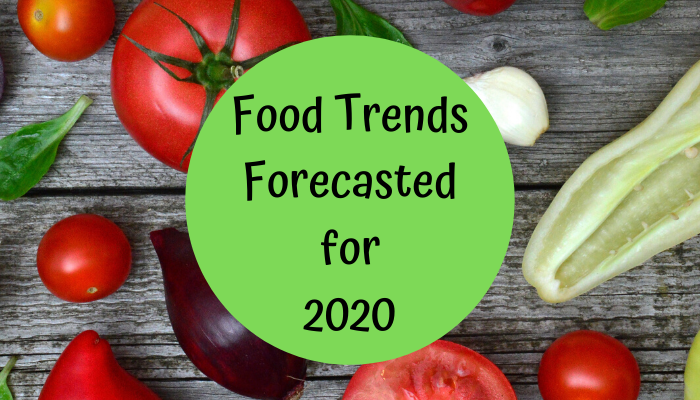 In 2020, plant-based foods are expected to expand into even more categories. The company gave the example of dairy-substitutes such as Kite Hill Almond Milk Yogurt and Halsa Organic Oat-gurt, as well as Ark Foods Cauli Mac & Cheese—which uses vegan cheddar made from cashews.

Cauliflower will also continue to be the top gluten substitute, while oats will gain traction as a coffee creamer. In September, So Delicious Dairy Free jumped ahead of the trend by launching Oatmilk Creamers nationwide in three flavors: original, vanilla and snickerdoodle.

As consumers become increasingly busy, consumption of on-the-go food and snacks will intensify. Snacking in general is on the rise as more consumers opt for snacks over meals, according to Mondelez International. Convenience and quality are the top factors impacting snack choices, while at least 70% of consumers use snacks for cultural connections, including to remind themselves of home, to share childhood snacks with others and to connect with their children.

Functional food and gut health continues to drive food choices in today's consumer market, and the trend is expected to move into snacks as well. The year 2020 will see an increase in both new functional beverages and snacks, such as That's It Prebiotic + Probiotic Fruit Bars and Forager Organic Probiotic Shakes.

Meanwhile, as many diets call for low carb intake, the market for low-carb adult beverages—such as spiked seltzer—is expected to grow. The upcoming year will see a continued diversification of flavors, brands and products for hard seltzers.

Craft beer brands have already responded by adding fuller flavored styles, such as IPAs, at a reduced alcohol and carb content. Organic, natural and biodynamic wine is also anticipated to be a trend in 2020 as consumers become more interested in where their food and alcohol comes from.

Consumers are becoming increasingly educated on the food supply chain, ingredients and the environmental impact of what they eat. Because of this, brands are introducing source traceability into their packaging so consumers can learn where certain ingredients are sourced and how they are harvested. FreshDirect expects this trend to grow into 2020.