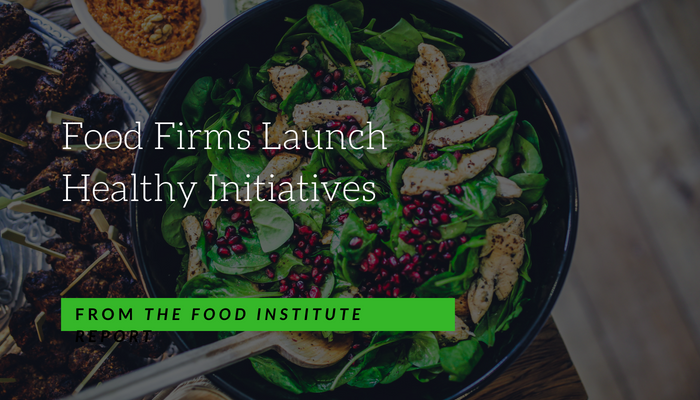 Changing the Nutrition Facts label is just the latest step food companies are taking to maintain or restore consumer trust in their products, according to analysis from Rabobank. While the nutrition label changes won’t go into effect until Jan. 1, 2020, for larger firms and Jan. 1, 2021, for smaller companies, the rollout of mandatory menu calorie counts in May is helping to keep the momentum going.

Danone North America hopes its rebranding from Danonewave, as well as its accreditation by the nonprofit B-LAB as the world’s largest B-Corporation will make it clear to consumers that the company operates as a “force for good.” To receive B-Lab certification, a firm must pass an assessment on its impact on the environment, its staff, customers, community and governance through metrics such as energy use, waste disposal, staff pay and diversity.

While B-Lab focuses on companies in terms of community and environment rather than on product portfolio, food companies are taking on more responsibility to make healthier products.

Mcdonald’s improved the nutrition of its Happy Meals by taking cheeseburgers off the menu and halved the French fries portion. In addition, the company began rolling out menu calorie counts in 2012. In 2016, Mars Inc. began labeling pasta sauces as “occasional foods” that are not meant to be eaten daily, and the firm advocates labeling added sugars. PepsiCo now breaks down its product earnings into “fun for you,” “better for you” and “good for you” categories.

For its part, General Mills sustainably sources the majority of its top 10 priority ingredients. Tyson Foods committed to supporting improved environmental practices on two million acres of corn by the end of 2020 and is working toward reducing greenhouse gas emissions by 30% by 2030. Perdue Farms is aiming to reduce greenhouse gas emissions by the same percentage by 2022 and divert 90% of its solid waste from landfills.

Campbell Soup Co. was first place in US RepTrak 100, the Reputation Institute’s ranking of the most reputable companies in the U.S. in 2018. Its measures to become a more transparent company included a “what’s in my food” website.

Rabobank noted that while most companies’ reputation scores were on the decline, food companies were faring better. Kellogg’s, The J.M. Smucker Co. and Hershey were in the top 10 for the first time this year, and Amazon took 10th place while General Mills took the 11th spot.