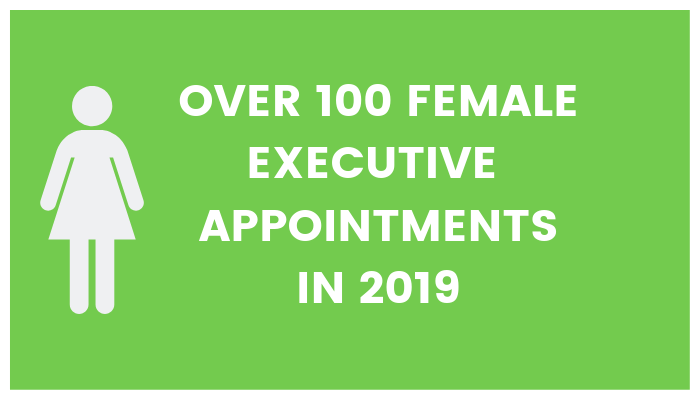 There have been 515 executive changes in the food industry during the first eight months of 2019—30% more than a year ago, according to Food Institute data.

In the foodservice sector, there were 31 female appointments out of the total of 123 made, 55% more than 2018. Global Franchise Group LLC, Jenn Johnston was appointed chief brand officer/ president, franchise operations; and Allison Lauenstein was named chief innovation officer, innovation center.

Kozlowski is a highly accomplished e-commerce and consumer-focused executive with 25 years of experience across product, sales, marketing, business development and operations. Most recently, she served as COO of Etsy, with responsibility for product, marketing and customer engagement and acquisition.

"Over the past year, the company has made significant product, platform and operational advancements, and now has the right foundation for growth. I look forward to working closely with the team to focus on the best opportunities to attract and engage consumers and drive the business to new levels of performance," said Kozlowski.

Meanwhile, Target Corp. named Kelly Caruso as CEO of Shipt which was acquired by Target in 2017 and operates as an independent subsidiary. "[Caruso] will help Shipt continue bringing same-day convenience to more consumers through its growing marketplace of retail partners," said John Mulligan, Shipt director and Target's chief operating officer.

In manufacturing, Pepsico, Inc. named Paula Santilli CEO of the Latin America business. She previously served as COO of all business units of Pepsico Mexico Foods, providing leadership for sales, marketing and operations.

"Paula brings a deep understanding of our business, the marketplace and our consumers in Latin America, and commercial expertise across both the food and beverage categories," said PepsiCo Chairman and CEO Ramon Laguarta. "She has a proven track record of delivering results, while advancing diversity and inclusion."

Godiva Chocolatier, Inc. named Caroline Le Roch president of Americas. "She has extensive experience in building and leading high-performing teams across channels and geographies, which will be invaluable to us as we grow our business fivefold over the next six years," said Godiva CEO Annie Young-Scrivner of Le Roch.

To read more about executive changes click here for a complimentary copy of this week's edition of The Food Institute Report.