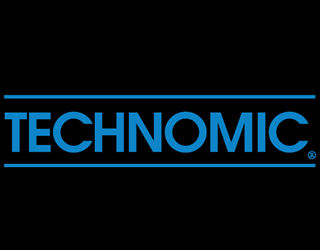 Over the past few years, the fast-casual restaurant industry has enjoyed a surprising ride of profits, popularity and prestige. And now, the results are in: Technomic's annual Top 250 Fast-Casual Chain Restaurant Report was released, and it's time to dig into the results to get a better view of what happened in the fast-casual dining segment in 2015. But how will the industry fare in 2016?

Overall, the fast-casual dining segment had a successful year in 2015, with cumulative sales for the Top 250 up 11.6% year-over year. Although lower than the 13.5% growth rate observed in 2014, the double-digit growth is still a success to commend. Unit growth also reached 9.6%, slightly above the 2014 rate of 9.5%. And of the 250 chains featured in the report, over 90 had year-over-year sales and unit growth rates both in the double digits.

Fast-casual pizza was one of the biggest players in the sector, with Blaze Pizza, MOD Pizza and Pie Five Pizza Co. experiencing sales growth at a cumulative rate of 36%. Chicken was another hot trend for 2015, with Zaxby's Wingstop and Raising Cane's growing at a group rate of 16% when compared year-over-year. And the specialty category, which included a diverse mix of BBQ, ethnic and health-focused fare, saw a growth rate of 17% overall. This group was bolstered by the strong growth of Dickey's Barbecue Pit, Zoe's Kitchen and Freshii. According to Darren Tristano, President of Technomic:

"Whether it's for pizza, sandwiches, or salads, we have seen customization transition from being an amenity for consumers to becoming a necessity ... As evidenced partially by the notable explosion of build-your-own pizza chains, customizability has become a hallmark of successful fast-casual chains and is firmly in place as an expectation among consumers looking either to trade up from traditional fast food or down from casual dining."

Despite the strong year in 2015, some are less certain about the future of the category. How will the fast-casual segment fare in 2016, especially considering its former darling Chipotle continues to struggle? According to the NPD Group, fast-casual visits dropped 4% in May when compared year-over-year. Bob Derrington, analyst at Telsey Advisory Groyup, notes that a sequential slowdown has hit the industry since late March.

Some argue that the growth in fast-casual restaurants is a bubble that is ready to burst, and investors are taking notice. Stocks for fast casual chains on average fell 9% in the second quarter of 2016, wiping out all increases for those chains earlier in 2016. After removing Chipotle and Cosi form the equation, those numbers are still down 4% in the second quarter and more than 7% for the year.

Consumers are seeking out foods and flavors that bring back fond childhood memories, according to Kroger's Top Five Trends for 2020....