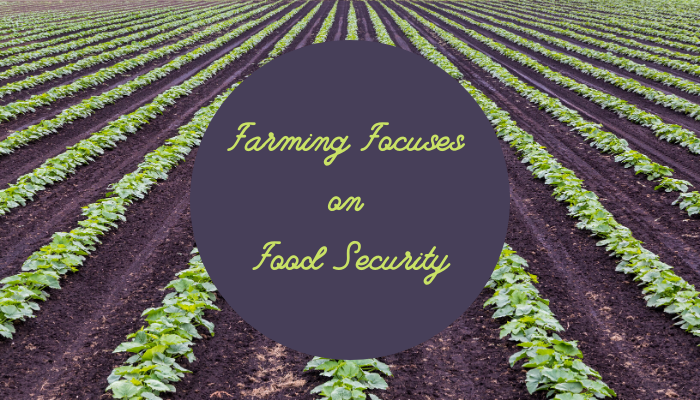 Non-profits and government organizations are focusing on research and tools to help farmers around the world.

Gates Ag One aims to help small farmers in developing countries access affordable tools and technology to sustainably improve crop productivity and adapt to the effects of climate change.

It will focus particularly on sub-Saharan Africa and South Asia, which the Gates Foundation identifies as "two of the fastest growing regions in the world," and places where the majority of the population is found in rural areas that depend on small-scale farms as main sources for food.

Over in Europe, the German government will provide $1.1 billion over four years to help farmers as they adapt to new environmental regulations, reported Richmond Times-Dispatch (Jan. 30).

The decision comes after a series of protests by farmers in Germany, as well as in other European countries. The farmers claimed the new environmental limits are overly restrictive and that the government was making it impossible for domestic agriculture to compete against imports, among other things.

In Australia, Melbourne-based AgBioEn will start construction on a $1.4 billion project to turn agricultural waste into energy for use in food production, reported Bloomberg (Jan. 29). It will convert materials such as cereal straw into electricity, renewable diesel and jet fuel, and fertilizer.

"All agricultural land used to supply biomass to the facility will also be used to cultivate food crops," said program director Lubey Lozevski. "It is a priority for AgBioEn that no agricultural land is taken away from food cultivation to create fuels."

About 75,000 hectares of land will be used by 2023 to supply biomass to the facility, while hydroponic tomato grower Katunga Fresh will take power from the project to add more glasshouses to its operation.

Meanwhile, Venezuela is facing a rise of crop diseases that threaten to further weaken the country's food security, reported Reuters (Jan. 29). Venezuela's potato production in 2019 dropped by nearly 30% from the previous year due to increased prevalence of the Guatemalan potato moth, while rice production dropped by nearly 50% amid increased infection of the "rice mite."

There is still no confirmation of what diseases are affecting coffee crops, but they are believed to be plagued by coffee leaf rust. Farmers say they lose crops without ever knowing for sure what pests infested them because of the deterioration of state-run laboratories, which suffer the same problems as the rest of the country—such as power outages, lack of running water, and shortages of vehicles and fuel.

Furthermore, Corteva Inc. intends to speed up sales of its proprietary genetically engineered seeds over the next five years, while reducing its reliance on high-tech crop genes licensed from Bayer AG, reported The Wall Street Journal (Jan. 30).

Corteva expects its Enlist seeds to be planted on 20% of U.S. soybean acres in 2020, double the company's previous estimate. Additionally, Corteva aims to exploit concerns around dicamba, which is prone to evaporating off crops and drifting in the wind.