Jun 13, 2019
The End of the Checkout Line
By Victoria Campisi 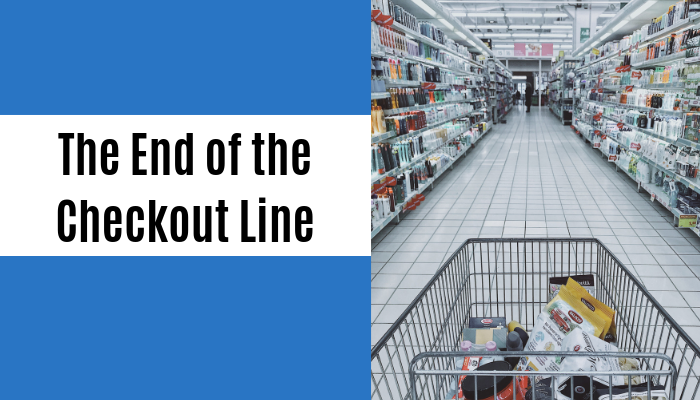 Could grocery checkouts be a thing of the past in the next decade? CBRE thinks so.

In its Food in Demand report, CBRE states a slew of technological advancements is converging to replace the traditional line including carts with built-in barcode scanners and credit-card swipers; mobile-payment apps; weight sensors and cameras; and merchandise-scanning robots. It states that the elimination of checkout lines will allow grocery operators to free up real estate for revenue-generating functions such as click and collect services.

Many of the industry's largest players have already started taking advantage of such features and competition between stores continues to heat up. According to the report, investments in artificial intelligence and robots like Giant Food's "Marty" robot which detects spills and handles clean up, are made to steamline operations and lower labor costs. Schnuck Market, Food Lion and Martin's are deploying robots to detect out-of-stock items, pricing errors and hazards.

Amazon has profited off automation directly with the introduction of its Amazon Go stores in which no checkout is required. Customers in Chicago, NY, San Francisco and Seattle never wait in line as they simply use the Amazon Go app, take the products they want and go - a completely automated experience.

However, in the traditional grocer format, Kroger is becoming a key player. Recently, it broke ground on a customer fulfillment center in Monroe, OH in a partnership with Ocado - a UK online supermarket. The facility will be automated with digital and robotic capabilities.

Interestingly, store counts increased while square footage declined between 2007 and 2018, according to Nielsen. Perhaps, as more operations become automated less space is needed in stores, which is in line with the CBRE prediction. After all, in 2018, Amazon Go opened a pint-sized location at only 450-sq. ft., reported CNN (Dec. 12, 2018).

Nielsen attributes this shift to several factors, including fewer full stock-ups, more frequent trips for smaller baskets, abundance of choice, proximity to an array of options, increased spending on eating out, and e-commerce.

Growth of small-format stores is a driving force in the long-term decline of store sizes and closures. In fact, between 2017 and 2018, convenience and drug stores were the primary drivers of retail store closings. In total, more than 3,500 retail stores closed during that period, according to Nielsen.

Nielsen predicts that dollar stores, convenience stores and drug stores will be most vulnerable to closures due to the impact of e-commerce. Looking back at CBRE's prediction, grocery growth is expected to be strongest across non-traditional and specialty formats such as stores like Costco, Trader Joe's and Aldi.

Grocers will undeniably need to keep tabs on the ever-changing world of e-commerce in order to keep up.