Apr 12, 2017
Easter Sunday Spending to Go Up, but Basket Prices to Go Down
By Chris Campbell 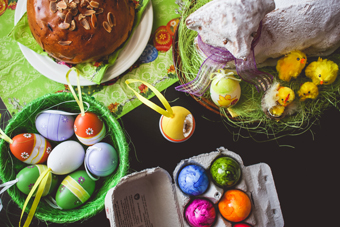 It's a few days until Easter Sunday, and it's a pretty important time for grocers looking to sell a variety of items. From asparagus to strawberries, from ham to lamb, and from eggs to seasonal candies, many U.S. shoppers will be filling their baskets to prepare for home-cooked meals.

According to the National Retail Federation (NRF), spending for the holiday will be up this year. Its annual Easter Spending Survey conducted by Prosper Insights and Analytics, found spending for the holiday is expected to reach $17.3 billion. Those celebrating plan to spend $146 per person on average, the highest level in the 13-year history of the survey. It's also up significantly from the $16.4 billion total and $140.62 per-person average encountered in 2016. According to NRF President and CEO Matthew Shay:

“Retailers are beginning one of their busiest times of year and are more than ready as consumers shop for spring essentials... Shoppers will find promotions on a number of items on their lists, from Easter baskets to sports equipment, home goods, garden tools and more.”

According to the survey, consumers will spend $5.5 billion on food, $3 billion on clothing, $2.7 billion on gifts, $2.4 billion on candy and $1.2 billion on flowers. Many believe the additional spending is due to the holiday's late arrival this year.

However, the combined price for a basket of common grocery staples is down about 6% compared to last year, according to the American Farm Bureau Federation's (AFBF) Spring Picnic Marketbasket Survey. The survey found the total cost of 16 food items was $50.03, down $3.25 from the year before. Of the 16 items surveyed, 11 decreased in average price, including eggs, beef, chicken, pork and cheese.

“As expected due to lower farm-gate prices, we have seen continued declines in retail prices for livestock products including eggs, beef, chicken, pork and cheese,” said John Newton, AFBF’s director of market intelligence.

Specifically, egg prices are down sharply from those encountered in 2016, dropping 41% to $1.32 per dozen. Netwon continues:

"Egg prices continue to move back toward long-run average prices following the bird flu of 2014/15... The Agriculture Department is currently monitoring bird flu detections in the Southeast U.S. If detections continue, retail poultry prices could feel an impact due to lower exports or changes in supply."