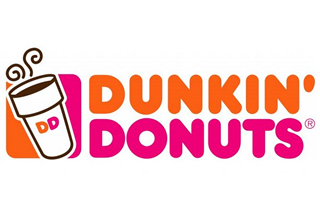 Earlier this year, Dunkin' Donuts launched cold brew coffee at its locations nationwide after a successful trial in the New England market. The program, which began in Los Angeles and New York City on June 27, appears to be a hit for the company, as it recently reported a number of positive sales numbers related to cold-brew coffee.

In fact, sales of cold-brew coffee at Dunkin' Donuts helped offset lower customer traffic, according to Dunkin' Brands CEO Nigel Travis. The chain attributed a 2% rise in U.S. same-store sales to the introduction of the iced coffee product. Still, Dunkin' expects its overall performance to be harmed by lower demand for ice cream at international Baskin-Robbins stores.

Travis said that the launch of cold brew coffee was the the most successful product launch by the company in nearly 16 years. Specifically, Travis argued that Millennial customers are specifically driving sales of the product. "They like the taste profile of it," Travis said. "It's certainly in vogue."

Meanwhile, according to Reuters, Dunkin' Brands franchisees are expected to open fewer locations this year due to uncertainty about the economy and regulations. The company predicted between 430 and 460 net U.S. Dunkin' Donuts openings, and believes the number will remain at the lower end of the range. "Franchisees are uncertain which direction everything is going in terms of government. Everyone is sick to death of the election ... Once we know the direction we're going in, they'll be able to deal with it" and growth will resume, Travis said.

Dunkin' Brands also hopes to leverage its name in the ready-to-drink market in a partnership with Coca-Cola North America. Coca-Cola is working on a multi-brand strategy to compete more aggressively in the ready-to-drink coffee market through its Gold Peak line. However, Coca-Cola will also produce, distribute and market a line of Dunkin’ Donuts-branded iced coffee beverages, which will be sold in grocery stores, convenience stores and in Dunkin' Donuts locations.

As previously reported in the FI Blog, cold-brew coffee is is showing up on store shelves at Dunkin' Donuts and Starbucks across the nation.

Campbell witnessed its best quarterly performance in more than 30 years, according to Consensus Metrix, as the the company worked on making its soups better tasting, more filling, and derived from simpler ingredients. It also added trending varieties, such as bone broth,...