Oct 23, 2017
For Pesticide Makers, it's Do or Dicamba Time
By Chris Campbell 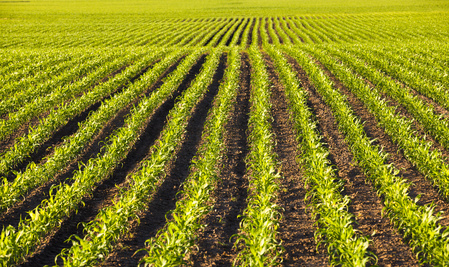 Pesticides and herbicides are a controversial subject of discussion in the food world. Some would argue they are absolutely vital to a thriving food system by ensuring pests and invasive weeds do not decimate crops, while others would argue that the potential health risks presented by the chemicals outweigh the positives. But there would seem to be another danger with some pesticides. In particular, dicamba is raising questions.

Hundreds of farmers in the Upper Midwest reported damage from dicamba. The state agriculture departments in North Dakota, South Dakota and Minnesota are considering restrictions for the 2018 growing season that might surpass the new federal rules as more than 200 farmers in each state indicated damage, reported The State (Oct. 17).

"The whole dicamba situation, it's something I think about night and day," said Tom Gere, assistant director of ag services for South Dakota's Agriculture Department. "We need the technology, with all of the resistant weeds we have out there, but we don't need the problems that we've had this year."

This report wasn't the first we've tracked at the Food Institute.

The Missouri Department of Agriculture reported receiving complaints about dicamba drifting onto farmer's fields and damaging crops. More than 310 complaints were received by the agency to-date, mostly from southeastern Missouri. An estimated 325,000 acres of farmland in the state was damaged this summer, reported The State (Oct. 9).

More importantly, Arkansas regulators gave initial approval to banning dicamba from April 16 through Oct. 31, 2018, the second temporary ban of the herbicide backed by the state Plant Board. The board denied a petition by Monsanto to allow the herbicide to be used in the state, reported Wichita Eagle (Sept. 22).

In response to these reports of crop damage, EPA reached an agreement with Monsanto, BASF and DuPont regarding the use of dicamba. The agreement is intended to minimize the potential for drift in the 2018 growing season.

"Today's actions are the result of intensive, collaborative efforts, working side by side with the states and university scientists from across the nation who have first-hand knowledge of the problem and workable solutions," said EPA Administrator Scott Pruitt. "Our collective efforts with our state partners ensure we are relying on the best, on-the-ground, information."

However, Monsanto filed a suit against Arkansas regulators alleging they acted beyond their authority in prohibiting the use of dicamba. The suit seeks to prevent a clause that would require companies submit research to the University of Arkansas to gain approval for the use of herbicides in the state, reported Yakima Herald-Republic (Oct. 20).

A lot remains to be seen regarding dicamba use in the U.S., especially in the coming year. Stay tuned to the Food Institute to keep abreast of all the latest updates.