Sep 19, 2019
Disruption in the Meat Segment
By Victoria Campisi 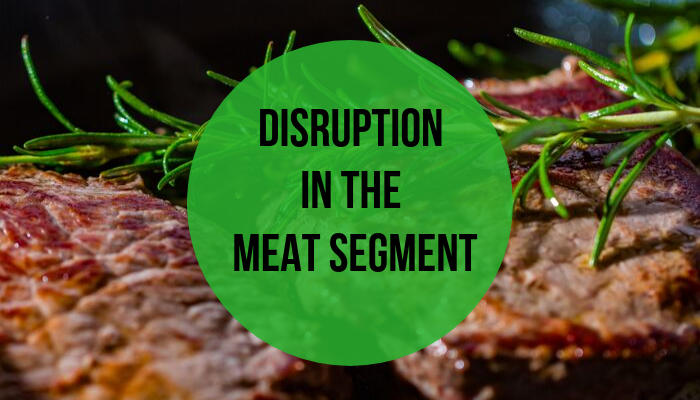 Production volumes of the U.S. beef and dairy industries will be cut by more than half by 2030, according to a report from RethinkX.

In the report "Rethinking Food and Agriculture 2020-2030-The Second Domestication of Plants and Animals, the Disruption of the Cow, and the Collapse of Industrial Livestock Farming," the think tank predicts the market for ground beef by volume will have shrunk by 70%, the steak market by 30% and the dairy market by almost 90%.

"This is primarily a protein disruption, driven by economics," said Tony Seba, RethinkX co-founder and report co-author. The company believes this change will be due to a new production system called "precision fermentation," which "enables the programming of microorganisms to produce almost any complex organic molecule."

Instead of growing a whole cow to break it down into products, food will reportedly be built up at the molecular level to precise specifications.

It is also predicted that the cost of modern foods and products will be at least 50% and as much as 80% lower than the animal products they replace and the average U.S. family will save more than $1,200 a year in food costs.

Currently, there are many disrupters of the meat market, especially in plant-based foods. Impossible Foods, one of the major players in this market, is making its way onto increasing amounts of restaurant menus. Most recently, the meatless ground meat substitute will be appearing in grocery stores across Southern California on Sept. 20 as the first step in a phased nationwide rollout, reported TechCrunch (Sept.19).

By moving into the grocery aisle, Impossible Foods moves into direct competition with its publicly traded rival Beyond Meat, which is already selling its products in major stores nationwide. The company expects to launch in stores in other parts of the country throughout the end of 2019 and plans to partner with another grocery chain on the East Coast later in September.

Meanwhile, Danish plant-based meal startup Simple Feast launched its products in early 2017 and since then has developed a fast-food range. The company has raised a total of $33 million in a Series B round led by U.S.-based venture capital firm 14W, with a number of other existing investors participating, reported TechCrunch (Sept. 18).

In addition to being plant-based, Simple Feast ticks the sustainability box, with packaging made solely by FSC-approved cardboard boxes, the cooling element it uses to keep the food fresh (frozen tap water in drinkable cartons) and its use of all-organic produce.

With the funding, the company plans to expand to the U.S. in early 2020 and strengthen its R&D efforts.