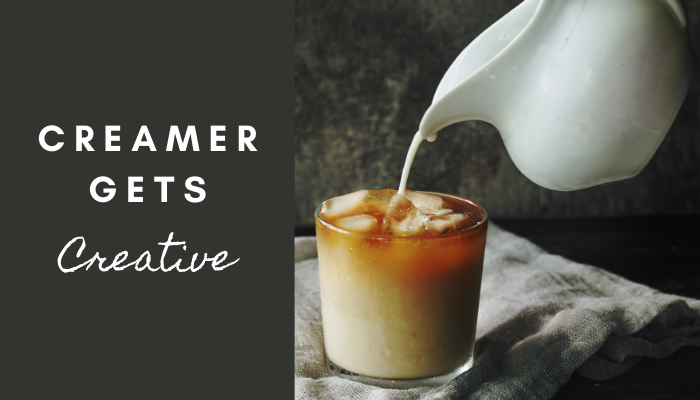 One way companies are meeting this demand is by introducing non-dairy creamers. The global non-dairy creamer market is valued at about $5.6 billion in 2020 is expected to reach $6.8 billion by the end of 2026, growing at a CAGR of 2.9% during 2021-2026, according to Market Research.

For example, Silk recently introduced plant-based half and half using oat milk, while Califia Farms is adding oat-based creamer and other products this year. Oat milk sales skyrocketed 636% in the 52 weeks ended Oct. 26, 2019, according to Nielsen. Although not in the form of creamer, Starbucks even began introducing oat milk regionally in January, reported CNBC (Jan. 7).

Meanwhile, Coca-Cola owned fairlife debuted its own creamers in four varieties: Hazelnut, Caramel, Vanilla, and Sweet Cream. All four varieties of fairlife creamers are made without artificial flavors or sweeteners and have 40% less sugar than regular coffee creamers. They are also lactose-free, gluten-free, and are made without artificial growth hormones.

"Today, the creamer category is dominated by choices that lean heavily on indulgent flavors," said Bill Kelly, CMO at fairlife, LLC. "As sales of premium coffee grow, our research shows that many consumers want to enhance the taste of their coffee, not cover it up."

Sales of liquid coffee creamers rose about 9% in 2019, compared with 2% growth across the food industry overall, according to Nielsen. Particularly, the younger generation is using creamer products a lot more than their parents did, according to Daniel Jhung, president of Nestle's beverage division."They don't like black coffee. They like coffee milkshakes," he said.

"They are in it for the flavor, not necessarily for the coffee," said Olivia Sanchez, VP of marketing for Danone's creamer division.