Nov 18, 2019
Coupon Usage Up at Restaurants
By Victoria Campisi 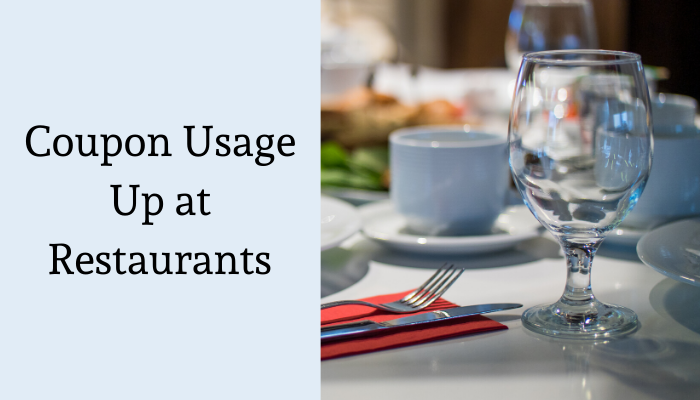 Although overall use of coupons has been down since 2009, consumer use and redemption of restaurant coupons is up.

Usage is up five percentage points to about a third of U.S. adults, according to Packaged Facts. Restaurant coupons are boosted by instant, digital and online/app point-of-sales use through newer delivery services. This is on top of longstanding restaurant coupon use for fast-food pizza chains or other fast food chains—including for drive-through.

"Consumers' desire for savings is strong across purchase categories and the restaurant market is no exception," said Dana Baggett, executive director-restaurant, Valassis. "Marketers who expand outside of traditional value-oriented consumers and tap into other demographics via proximity-based advertising strategies, competitive pricing and offers will attract diners and drive consumer spend."

Despite the fact that 54% of diners usually visit the same eatery, the research found 20% of consumers will switch restaurants based on promotions or coupons, with 12% doing so in order to find the lowest price.

Even when deciding between several restaurants they like, 54% will pick the one that offers a coupon, with this number rising to over 60% among weekly dining visitors. Fifty-seven percent use coupons for a location they have never visited, with this number peaking for fast-casual, family and fine dining restaurants.

Forty-one percent of diners want to receive coupons at least once per week. Millennials have an even stronger preference, with 54% favoring weekly distributions, as well as parents, with 49% desiring at least a coupon a week.

As for how they prefer to receive deals, it changes based on the type of restaurant and consumers. However, in general, Valassis found an affinity for both print and digital channels.