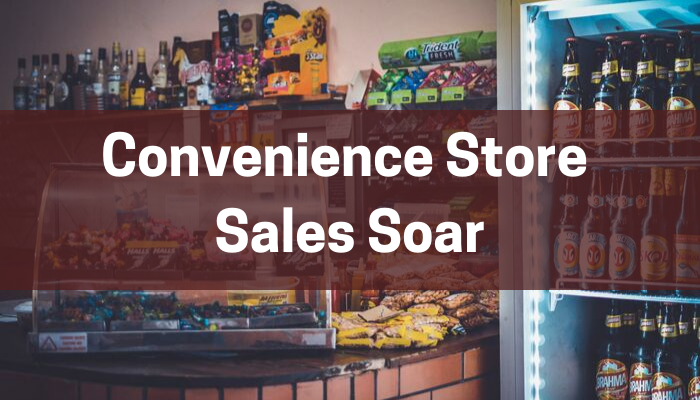 Eighty-four percent of U.S. convenience store operators are optimistic about business for the fourth quarter, according to the National Association of Convenience Stores.

Nearly three in four retailers reported in-store merchandise sales were up over the first nine months of 2019, while just 10% reported a decrease in sales. Most sales were driven by the morning daypart—taking place between approximately 6:00 am to 11:00 am—which 62% of retailers believe is the most important time of day.

Additionally, beverages are helping to drive customer traffic inside the store. Fifty-seven percent of retailers stated that buying a beverage was the top reason for consumers coming inside the store, compared to 23% for a food purchase and 18% to purchase something else.

Although retailers expressed strong optimism about their business prospects, 77% are hopeful about the economy, a one point drop from last quarter, and 78% are optimistic about the industry, a two point decline.

An example of an optimistic venture is Wawa's big plans for Northern Virginia. The PA-based convenience store chain unveiled its expansion plan for the area, which includes 40 new stores in the next 15 years totaling $240 million, reported Washington Business Journal (Sept. 30).

The 40 locations each will cost about $6 million and employ 40 people. Wawa plans to open two to three locations in Northern Virginia each year, expanding on its nine currently in the region.

Meanwhile, the first 7-Eleven store ever in a U.S. shopping center is now open in Brandon, FL, reported ABC Action News (Sept. 19). The Westfield Brandon location is the first of seven mall stores set to open this year, according to the company.

"This year we've opened new concept stores in sporting venues and airports to meet the convenience needs of our customers," said Charles Bantos, 7-Eleven director of corporate development. "Our entry into shopping centers is aligned with our strategy of meeting customers when and where they most need us."

To make up for loss of restaurant sales, some restaurants are turning to retail operations. Restaurants are bundling in-demand consumer products with food and drinks to reach out to their communities, reported CNBC (April 2). Stockpiling left some shoppers unable to find goods like toilet paper and cleaning...