Sep 5, 2019
Business is Brewing in the Coffee Market
By Victoria Campisi 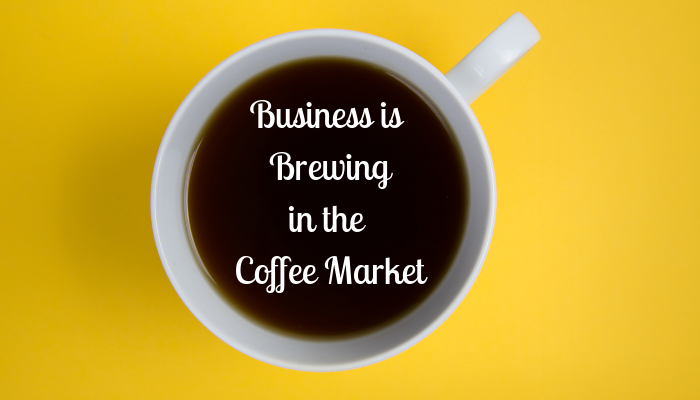 The ready-to-drink coffee category is hot.

Fueled by innovation, ready-to-drink coffee netted dollar sales of $3 billion in the 52 weeks ending July 27, up 16% from a year ago, according to Nielsen.

Manufacturers invested in the coffee space, bringing new and interesting ingredients and flavors to shelves, as well as highlighting artisanal brewing techniques. Since August 2018, 1,019 new coffee products were launched in the U.S. market—a 30% increase from the same period in 2017.

Ready-to-drink options are driving much of the growth. Within the past year, 158 new ready-to-drink coffee offerings were introduced, including 89 new cold brews and 30 iced coffee varieties.

Growth in the category is coming from flavor options as well. Flavors such as white chocolate, toasted marshmallow and sticky cinnamon bun have increased sales.

U.S. sales of creams and non-dairy creamers rose an average of 2.8% each year over the past four years (ending June 29, 2019), according to Nielsen. This is above packaged coffee sales rising about 0.8% during the same time. Top liquid creamer flavors include French vanilla, hazelnut, sweet cream, seasonal flavors and caramel macchiato.

However, there was a 42% decrease in the number of coffee cream innovations brought to the market over the past year. Its new creamer forms that are keeping consumers interested—such as nitrogen-infused creamers and dairy alternative creamers.

Additionally, pumpkin spice—the seasonal coffee flavor that evolved into a store-wide trend—has become a billion dollar industry. Over the last year alone, pumpkin-flavored products across grocery brought in $511 million dollars, an increase of 4.7% from a year ago.

Nielsen predicts cannabis-infused coffee could become a popular contender in the future. Thirteen percent of consumers would use CBD-infused coffee beans or ground coffee over the next 12 months if it were available, according to data from Nielsen's Thinking Beyond the Buzz CBD study.

Coffee has already found its way into the alcohol space with products such as Pabst Blue Ribbon hard coffee and Jaegermeister's cold brew coffee.

The Berkeley, CA-based business manufactures tech-enabled zero-emission commercial coffee roasters designed for cafes, grocery stores, college campuses and other places coffee is bought. Purchase of a roaster, which are sold for $75,000 or leased for $1,000 per month, comes with access to an online marketplace for coffee beans.

The company's goal is to give coffee shops the power to roast their own beans, bypassing the middle men. "We want to create this connected coffee experience from the farm in Ethiopia all the way to the roaster at the cafe and the customer," said Bellwether CEO Nathan Gilliland.

With about 140 customers, Bellwether plans to expand manufacturing capabilities and grow its customer-facing team with the venture capital funding.