Oct 26, 2016
One Year Later, Chipotle is Still Looking to Rebound
By Chris Campbell 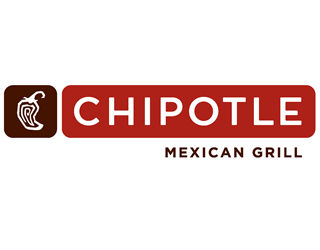 It's been quite a year for Chipotle Mexican Grill. As previously reported in the Food Institute Blog, Chipotle Mexican Grill has been on the offensive to woo back customers following disasterous foodborne-illness outbreaks in 2015. From free burritos to improved food safety to loyalty programs, the company has seemingly explored all options in regaining its rabid fanbase. Unfortunately, over a year later, Chipotle is still facing downward momentum.

During the third quarter, Chipotle reported a 21.9% drop in same-store sales. This represens an even worse drop than the analyst-predicted 18.7% drop. Worse, profits fell by 95% in the quarter. Despite the drop, the decline marked a recovery from pior months: in January 2016, same-store sales dropped 36.4%. A small victory is still a victory for a company reeling from nearly a year of negative press.

To try to bolster its core business, Chipotle Mexican Grill will make some infrastructure upgrades to improve the customer experience in its store. The company plans to introduce a new ordering app, in-restaurant tablets, online ordering and faster food preparation lines as the company continues working to bring diners back to its restaurants. Officials hope the initiatives will deliver swifter, more accurate service without increasing labor costs.

The compnay has shown a willingness to revamp its menu offerings. Earlier this year, the company added chorizo to menus nationwide. It was only the second time Chipotle expanded its meal offerings in its entire history. Another suprising development from the company's conference call with investors was co-CEOs Steve Ells' admission that the company may add dessert to its menu. The idea represents a substantial departure from the concept that fueled Chipotle's growth for nearly 23 years. The addition of dessert could provide the company with an avenue to lure back customers who looked to different options following last year's food scares.

The company is also planning to reinvigorate its other businesses. It will seek "strategic alternatives" for its 15-location Southeast Asian chain ShopHouse, which serves three markets. Chipotle plans to invest in its pizza and burger outlets. Earlier this year, the company trademarked "Better Burger" and it is likely that it will seek to expand this chain in the coming months.

It remains to be seen what the future holds for Chipotle. Clearly, the aftershocks of the food safety issues it encountered in 2015 are keeping customers at bay. However, its new menu items, focus on customer loyalty and willingness to try novel ideas may be the secret ingredient needed to return it to its former glory.