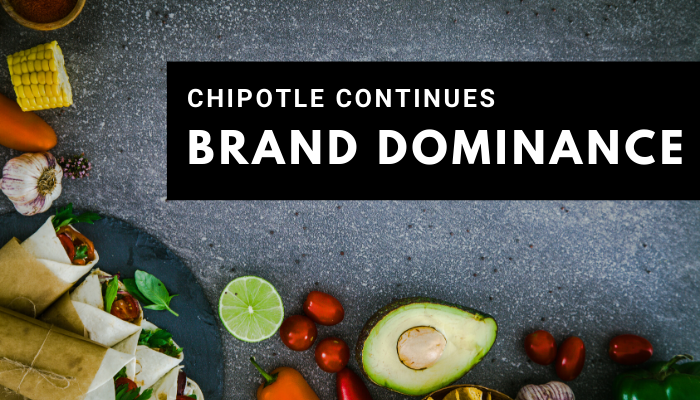 "We think that's attributed to the natural loyalty that people have to the Chipotle brand, but also to the marketing and awareness building to…attract people into the program," said CEO Jack Hartung, who noted the company is "just getting started."

Chipotle Rewards launched in March 2019. This year, the company will focus on growing its user base and enhancing marketing. Currently, the rewards program offers diners 10 points for every dollar spent and a free entrée when they reach 1,250 points.

Additionally, same-store sales grew 13.4%. Of its sales, 19.6% were through digital orders.

"We thought that video of one of our employees doing a cool lid trick would be the perfect way to launch because we could use the challenge capability to get customers involved at home and shoot video of their own tricks," said Tressie Lieberman, Chipotle's VP of digital and off-premises.

Lieberman noted the chain is always scanning various online channels to capitalize on the content customers are buzzing about and even has a team of researchers referred to as "culture hunters." The culture hunters gauge what consumers are posting about and what online trends are most popular. Chipotle utilizes the information to create its own social campaigns.

During the Big Game on Feb. 2, Chipotle used a slew of the app's most popular influencers, including David Dobrik and Zach King, for a "TikTok Timeout" campaign, promoting videos during timeouts throughout the game to compete with traditional advertisements for viewers' attention, reported AdAge (Jan. 30).

As TikTok becomes increasingly popular with audiences like Gen Z, Chipotle will continue to examine how its presence can evolve along with the platform, according to Lieberman.

Overall, it appears Chipotle has recovered from its damaged reputation caused by a string of public health scares in 2015 and 2016, reported The New York Times. Consumers have seemingly moved on as the chain has not dealt with any major food safety scares since 2016.

Chipotle's margins grew by 220 basis points during the latest quarter, according to Hartung. "We feel like the margin potential ... as we continue to attract more customers...into the Chipotle system and including into the digital system, which tends to have a higher margin, we think the margin potential only goes up from here," he said.