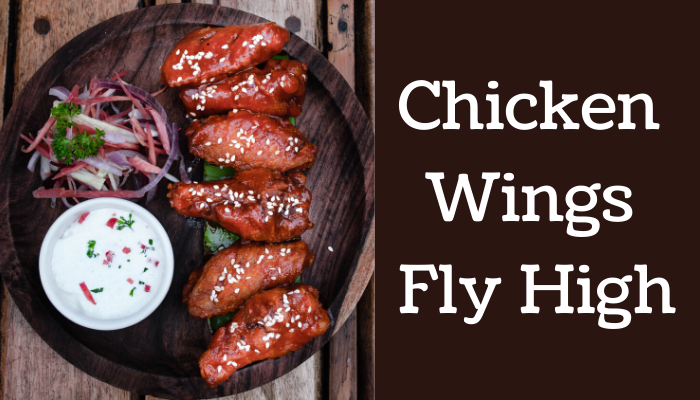 An increase in wing concepts plus innovation in flavor and cuts led Americans to consume a massive amount of chicken wings thus far in 2019.

Americans consumed 942.5 million servings, to be exact, up 5% from the same period in the prior year, according to the NPD Group, reported Forbes (Nov. 1).

"I've always believed that there are big, established behaviors in American eating patterns and one of those is that we love wings," said NPD's VP David Portalatin. "When companies in the marketplace do things that are new, innovative, exciting or there are companies that are building new stores and growing, the consumer responds favorably to that."

Concepts such as Wingstop, Wing Zone and Buffalo Wild Wings are gaining popularity among consumers. Notably, Buffalo Wild Wings was the top restaurant by cuisine in the American category in Piper Jaffray's Fall 2019 Taking Stock With Teens survey.

Additionally, there are smaller—yet growing—chains such as Atomic Wings, The Wing Basket and Epic Wings, on top of pizza chains that are leaning heavily into wings.

Wingstop saw a 12.3% increase in same-store sales for quarter three. The Dallas-based franchise operates 1,300 locations in nine countries. Management expects to almost double its presence in Mexico to 200 locations within the next decade, reported CNBC (Oct. 30).

The chain's same-store sales growth came despite wing prices being up nearly 23% this year. To navigate the commodity headwind, Wingstop launched a national test on whole wings.

"This test is key to our strategy of mitigating the volatility that we see in markets due to the price of bone-in chicken," CEO Charlie Morrison said during the earnings call. "Overall, we were pleased with what we learned from the test and we'll use our learnings to continue to find ways that we can leverage purchasing whole birds as a way to mitigate the volatility of wing prices."

Similarly, Wing Zone successfully introduced thigh wings in all of its domestic locations in August, according to CEO Matt Friedman. In addition to positive customer feedback, Friedman said the company is better able to control costs with the new product.

"Wing Zone locked in a fixed price on traditional wings, so that has had a great impact on reducing food cost," he said. "Chicken thighs, consisting of dark meat, are approximately 50% less than wings. We have been able to reduce our food cost by 2.5% through innovation and increased buying power."

Wing Zone currently has 17 flavors, rolling out one or two new flavors each year. The chain plans to launch its newest flavor, Nashville Hot BBQ, in March 2020 to coincide with the NCAA Basketball Tournament.

Meanwhile, KFC recently added chicken wings to its permanent menu. It even offers a subscription service for its biggest fans, which sold out in just two hours.

KFC has a significantly deeper footprint than any other wing concept, which means this addition could be a game changer for the wing category and its supply.

“Wings have become popular across all restaurant formats, so it doesn’t surprise me that someone in QSR wants to make a play in this space,” Portalatin said. “The competition is already intense and is getting more intense. But it’s a big enough market for a lot of people to play in.”