Dec 7, 2018
Meat has a New Replacement
By Victoria Campisi 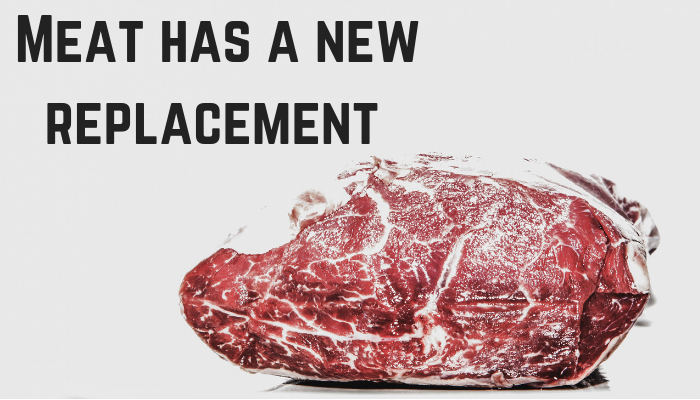 Lab grown meat may be closer than you think.

Cell-based meat companies have sought funding in the past from big meat companies and now we are seeing them ask for help in getting their products to customers. Just Inc., which already produces plant-based versions of foods such as mayonnaise, eggs and dressings, is preparing to sell cultured meat, reported Bloomberg (Nov. 26). Meat companies are discussing the possibility of helping cell-based meat producers with distribution and providing production facilities, according to Just Inc.'s head of communications Andrew Noyes.

Though at first glance it may seem strange the two industries would partner up on this — since cell-based meat would basically be replacing bigger meat companies' own products — it actually makes sense that they would partner up on this. Consumers are increasingly purchasing products that are seen as more humane and environmentally friendly. Traditional meat producers could benefit from having a place in the fast-growing niche, and cell-based meat startups could use some assistance getting their operations started.

"No one knows more about how to mass produce meat than the meat-industry companies," said Bruce Friedrich, executive director of the Good Food Institute, which lobbies for the industry that includes cultured-meat companies like Just Inc., Memphis Meats Inc. and Future Meat Technologies Ltd.

In January 2018, Tyson Foods secured a minority investment in Memphis Meats Inc. It joined other high-profile investors such as Bill Gates and Cargill, reported Forbes. “For the first time, we’re replacing meat with meat - not a meat alternative. That gets Tyson and Cargill enormously excited because they're in the meat business. There’s the potential to transform feeding the world as we know it,” said Memphis Meats CEO Uma Valeti.

In 2018 alone, the average American will consume over 220-lbs. of red meat and poultry, according to a report from USDA. Despite a rise in plant-based dieters in recent times, the heavy environmental impact caused by meat consumption has given rise to a number of startups looking to fulfill the meat demand more sustainably.

To make their products, these companies use in vitro cultivation of animal cells to make what they claim is the same thing as traditional meat. However, it may not be widely available for a while because it is still very expensive to produce.

It is produced using poultry and livestock cells that can self-renew. The cells are placed into bioreactor tanks where they are fed nutrients and oxygen, aiding muscle tissue growth. The tissue can be harvested as meat and formed into products in a matter of weeks, developers say.

Livestock producer groups were calling on USDA to regulate cell-based meat to ensure a level playing field with traditional beef, pork and poultry. After debates between agency officials about which department would regulate the technology, USDA and FDA have decided to oversee cell-cultured meat jointly, reported The Wall Street Journal (Nov. 16).

Though some food-safety advocates say more research is needed, Noyes from Just Inc. said the company is well positioned for these products to become commercially available to retailers and the foodservice industry. Just Inc. has risen over $220 million in funding, including small amounts from meat producers. Instead of using alternatives like fetal bovine serum, which is from calf fetuses, the company has developed its own "plant-based cocktail" serum to grow cells.

Noyes said the company already has enough production to pursue commercial sales and the first will probably be crispy chicken bites. Just Inc. is aiming to make its first sale by the end of 2018, but U.S. regulatory hurdles will make it more likely to happen abroad, he said.

According to a survey about the future of food by Ipsos, most people would be interested in trying meat grown from cells - especially millennials of which 74% said they would. These results correlate with another study which found that 68% of millennials bought a product with a social or environmental benefit in the past 12 months, reported Forbes. It seems that millennials will likely be the ones to lead the way in the changing definition of meat.