Jan 9, 2020
Cannabis and Automation to Shape Future of C-Stores
By Victoria Campisi 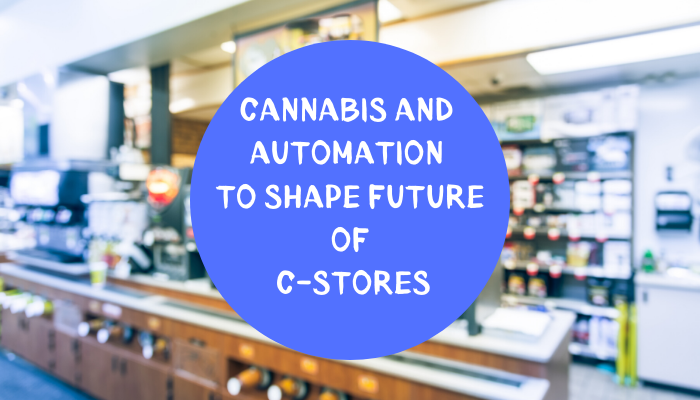 Both trends are expected to pivot around generational differences as older consumers prove relatively more resistant than younger ones. "As convenience stores enter the next decade, market research will become increasingly important to ensure new initiatives are properly implemented in order to stay ahead in a very competitive landscape," said TrendSource's VP of business development Sarah Rowlett.

According to the report, even non-cannabis users are comfortable shopping in a convenience store with such products and there is enthusiasm surrounding the topic from consumers of most generations.

However, major food and drink companies are slowing work on products containing CBD after warnings from regulators, reported The Wall Street Journal (Jan. 9).

Sources say PepsiCo, Starbucks, Monster Beverage, and Red Bull have all considered drinks containing CBD, while Kellogg Co. explored adding CBD in its Rxbar protein bars. The plans have largely fallen through as none of these foods or beverages were produced for in-house testing or sale.

"It was all gas on one foot from the consumers' interest," said Mike Luce, co-founder of High Yield Insights. "Now there's a very strong foot on the brakes from the FDA."

Space is now available for smaller players to capture more of the market. Cincinnati, OH-based Queen City Hemp put six-packs of CBD seltzer on sale at hundreds of convenience stores and grocers in seven states in late 2019. Queen City's co-founder Nic Balzer said he is not worried about FDA backlash because his company is not mislabeling its products.

Additionally, beverage company LifeAid recently began selling a CBD drink online and sold out of 200,000 units in the first 36 hours, according to co-founder Aaron Hinde.

Sales of foods and drinks containing CBD are rising even without FDA approval. Hemp Industry Daily, a trade publication, estimates revenue from hemp-derived CBD products exceeded $1 billion in 2019 and will climb to $10 billion by 2024.

As for the frictionless checkout trend, TrendSource noted issues surrounding in-store automation break along generational lines with younger consumers proving far more interested in it than older ones.

Older consumers expressed concern about automation removing in-store employees. They are uncomfortable with machines taking jobs away from people.

While Millennials expressed similar concern about this possibility, the majority were willing to overlook it as long as automation makes their in-store experience more convenient.

Most resistance to automation is expected to be short-lived as these technologies become more common thanks to businesses such as Amazon Go.