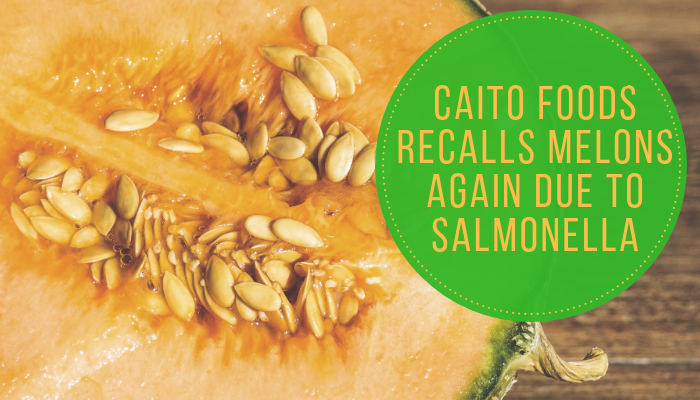 CDC is currently investigating three major foodborne illness outbreaks, including a salmonella outbreak linked to Butterball ground turkey and an E. coli outbreak linked to a mystery source of ground beef. However, the Caito Foods recall caught my attention due to déjà vu.

As of April 12, CDC reported 93 cases of Salmonella Carrau infections across nine states, resulting in 23 hospitalizations. Reported illness onset dates ranged between March 4 and March 31, and epidemiologic and traceback evidence indicated that pre-cut melons supplied by Caito Foods LLC was the likely source of the outbreak. Specifically, the company's Indianapolis, IN, location was identified by CDC as the likely origin point for the outbreak.

This location was singled out in a 2018 outbreak. That outbreak, linked to Salmonella Adelaide, resulted in 77 cases across nine states, resulting in 36 hospitalizations. CDC reported the outbreak appeared over as of July 26, 2018.

It remains unclear whether FDA will issue a warning letter to the company or direct an investigation of the Indianapolis facility. However, the fact that two variants of salmonella were sourced back to the facility does not bode well for Caito Foods, who will likely have a slew of government investigations and lawsuits to contend with as the number of illnesses increases.

Indeed, a Kentucky woman already filed a federal lawsuit related to the salmonella outbreak. The complaint alleges that she purchased pre-cut melons packaged by Caito Foods from Kroger and was later hospitalized. The plaintiff is represented by The Lange Law Firm.

"The scary thing about this outbreak is, as a consumer, there's nothing you can do to tell whether the pre-cut fruit that you are buying is safe. You can't taste, smell, or see salmonella. Melons that are contaminated with salmonella look, smell and taste just like any other melon. This is why it's critical that the companies who make and sell our food, especially ready-to-eat foods like pre-cut melons, ensure the food is safe before they sell it," said national food safety attorney Jory Lange.

I would imagine this is just the first of many suits, that may eventually merge into a larger class action suit. You can rest assured the Food Institute will keep an eye on any developments regarding the outbreak.