Nov 19, 2019
Brewing Companies Move into Other Categories
By Victoria Campisi 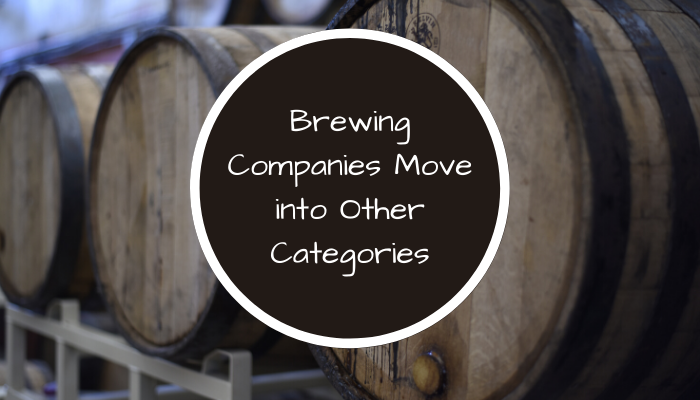 The maker of Coors Light and Miller Lite bought a 49% stake in a nonalcoholic beverage incubator called L.A. Libations to expand its portfolio with high-end, better-for-you drinks, according to people familiar with the matter. In addition, it plans to change its name, replacing the word "Brewing" with "Beverage."

The investment will allow the brewer to launch new nonalcoholic drinks faster than it could if it had to build the research and development infrastructure in-house, according to Pete Marino, president of emerging growth for Molson Coors. L.A. Libations is "on the leading and bleeding edge of where beverages are going," he said.

L.A. Libations is known for spotting trends and getting young brands off the ground. The new deal gives Molson Coors equity in several small brands created by L.A. Libations including Aloe Gloe, a combination of water and aloe vera; Arya, a seltzer infused with turmeric-root extract; and Arriba Chelada, a tomato-and-clam-juice drink made without artificial coloring.

Americans are drinking less beer and more wine and spirits. In fact, they are drinking less alcohol in general, with Millennials and Gen Z drinking less than their parents and grandparents did. U.S. brewers, such as Anheuser-Busch InBev, are making an effort to diversify offerings, expanding into categories such as energy drinks and hard seltzer.

Although Anheuser-Busch rules nearly 41% of the $119 billion U.S. market for beer and malt-based beverages, it is currently focusing on hard seltzer to keep up with the booming category, reported CNBC (Nov. 16). The hard seltzer market is worth $550 million and could grow to reach $2.5 billion by 2021, according to a UBS analyst.

The company already has two products in the category, Bon & Viv and Natty Light, but will launch Bud Light Seltzer early in 2020 with hopes that the nation's most popular beer will give it a leg up on the competition. Bud Light Seltzer will come in four fruit flavors, each containing 5% alcohol by volume, 100 calories, 2 grams of carbs and less than 1 gram of sugar.

Anheuser-Busch may also be moving into food as St. Louis officials are proposing $5.5 million in tax breaks to attract a food production facility from the company, reported St. Louis Post-Dispatch (Nov. 17). The $100 million facility will produce products made from recycled brewing waste and will create over 40 long-term jobs.

"It's using grain to repurpose it into other products," Alderman Dan Guenther, who proposed the tax break ordinance. "That would be essentially protein extraction." He said some of the spent grain now is used in livestock feed.

The company and its corporate parent, A-B In-Bev, have yet to disclose the specific food items to be produced at the facility. Guenther said it's possible that a separate company would be established to operate it. A spokesperson for Anheuser-Busch said additional information about the project would be released in coming months and that the plan builds on company-wide sustainability initiatives by creating new products from existing brewing material streams.

Additionally, another market that brewers are tapping into is cannabis beverages. Anheuser-Busch InBev partnered with Canada-based Tilray Inc. in 2018 to research cannabis-infused non-alcoholic drinks in Canada, reported Reuters (Dec. 19, 2018). Meanwhile, Molson Coors partnered with Canada's Hydropothecary brand in 2018 with plans to also develop non-alcoholic, cannabis-infused beverages for the Canadian market.