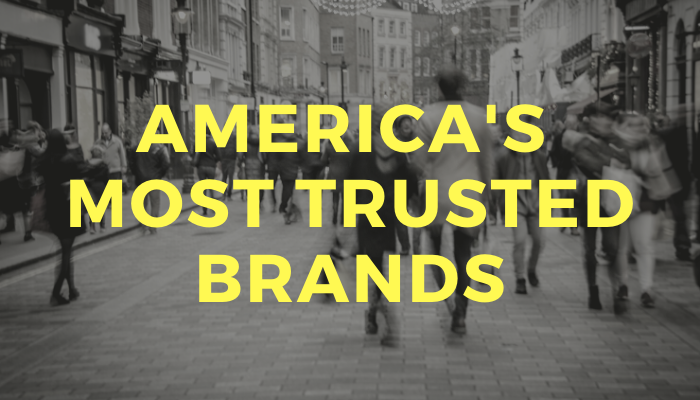 Amazon, Chick-Fil-A, The Hershey Co, Cheerios, and M&M's are among the top most trusted brands in America, according to Morning Consult's Most Trusted Brands 2020.

Although levels of distrust are high in America, particularly when it comes to institutions and major concentrations of power, consumers tend to trust most major brands. Looking at 100 major brands, the average is trusted by 59% and distrusted by 13%.

Notably, Chick-fil-A earned a spot on "most trusted brands" across generations, coming in among the top 25 for Gen Z, Millennials, Gen X, and Boomers.

Gen Z and Millennials hold brands to a higher standard and are typically more skeptical of brands, putting a greater emphasis on ethical matters. Thirty-eight percent of Gen Z and 49% of Millennials agreed with the statement "I tend to trust the average American company. They have to do something bad to lose my trust," compared with 63% of Boomers.

However, 45% of Gen Z and 41% of Millennials agree with "I need to know that a company is run in an ethical and responsible manner if I am going to trust them," compared to 37% of Boomers.

Amazon was the number three most trusted brand among both Gen Z and Millennials, while no major food companies ranked in their top fives.

Among Boomers and Gen X consumers, The Hershey Co. ranked at three and four respectively and Cheerios ranked number five for Boomers.

According to the 2019 Food and Health Survey, 70% of Americans reported that trust in a brand had at least some impact on what foods and beverages they buy. But those factors are much more important to older consumers: Trust in a brand impacted the purchase decisions of 85% of consumers age 65 and above, but only 66% of younger consumers.

Reliability is a key driver of brand trust as 69% say it's very important brands delivery consistently on what they promise when considering trust. Factors relating to reliability are far more important to consumers than ethics.

Protecting personal data, making products that work as advertised, and providing refunds if products don't work all ranked within the top five most important aspects of trust building. Not being involved in any major public scandal, giving back to society, and having strong ethical or political values were the bottom three.

A review of the 100 brands that ranked the highest in terms of trust displays the importance of an established reputation. The majority of the top brands were founded at least 50 years ago, and just two were created after 2000.

Tyson Foods is seeking to form the Coalition for Global Protein, a...