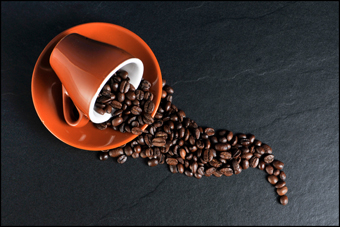 After enjoying a long weekend for Independence Day, I feel most Americans would agree there are a few inalienable rights. We are entitled to the rights of life, liberty and the pursuit of happiness. Our forefathers may not have had the foresight to add it to the Declaration, but current day Americans would probably be in favor of adding another to that list: the right to coffee.

According to Euromonitor, American consumers just can't get enough of the caffeinated drink. U.S. per capita consumption is expected to be about 6.8 lbs. in 2016, representing a 6.6-lb. increase from 2015. The total matches a record set in 2013, and USDA predicts total domestic consumption will be up 1.5% in the 12 months starting Oct. 1. According to Mintel, cheaper gasoline prices are putting more Americans on the road, and the extra money in their pockets and an increased desire for a cup of coffee while away from home are helping to spark the trend.

The U.S. isn't alone, however; USDA believes demand in China, Japan and India will also reach record levels in 2016. Prices are jumping as global demand goes up, with arabica coffee futures in New York jumping 20% in June. This jump was the highest monthly gain since February 2014.

The World Health Organization (WHO) reversed its classification of coffee as a possible carcinogen linked to bladder cancer June 15. The organization noted that coffee has no carcinogenic effects related to other cancers. However, the WHO did find that drinking very hot beverages could be carcinogenic to humans, providing a potential explanation for the initial links discovered that led to the "possible carcinogen" label placed on the drink.

It's still unclear how the WHO's reversal will affect coffee sales going forward; although I personally don't drink coffee very often, it's not due to health reasons. And I've personally never met anyone who declined to drink coffee due to its possible link to cancer; however, when an organization as large as the WHO removes one of the few marks against a popular product, you'd expect consumption to rise even more. My guess, when it's all said and done, is that coffee consumption will be even higher than expected at the end of 2016.

Ninety-eight bankruptcies were filed by companies with at least $50 million in liabilities year-to-date, the highest since 2009, reported