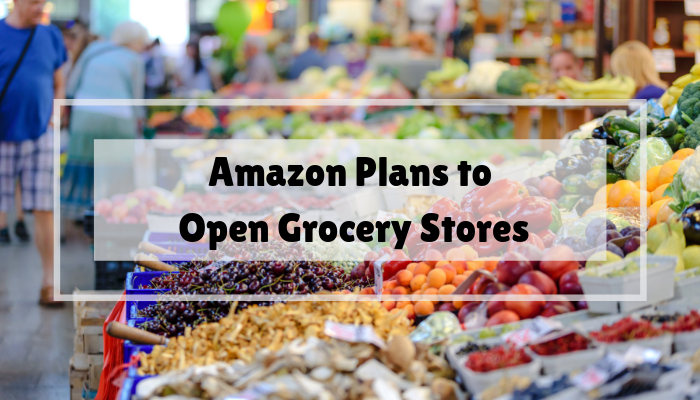 March roared like a lion in the grocery industry with news from Amazon that it is rebranding its Whole Foods 365 stores, and looking to open grocery stores in the U.S. under a new banner.

The company is planning to open dozens of grocery stores in several major U.S. cities, according to people familiar with the matter, reported The Wall Street Journal (March 1). The company plans to open its first outlet in Los Angeles as early as the end of the year, one person said.

Amazon already signed leases for at least two other grocery locations with openings planned for early next year, the person said, not revealing where. The new stores will be distinct from Whole Foods and it is unclear whether the new stores would carry the Amazon name.

Additionally, Amazon is exploring purchasing regional grocery chains with about a dozen stores under operation that could bolster the new chain.

After deciding to back away from its 365-brand store concept, Whole Foods Market is planning to debut other store formats, according to CEO John Mackey.

Mackey hinted at changes coming to the grocery chain in an interview with Texas Tribune CEO Evan Smith, reported The Austin American-Statesman (Feb. 28). Additionally, he discussed his future as CEO, and Amazon's impact since it bought Whole Foods in 2017.

Part of the upcoming shift for the grocer will include new store formats. Mackey did not provide any further details on the stores. However, he did say he expects Whole Foods' produce offerings to evolve, with new insect-based items entering the market recently, and possibly offering products made with marijuana.

Mackey said the grocer would not be continuing the 365-brand store concepts, which debuted in 2016 as smaller and cheaper alternatives to its regular Whole Foods stores, because after "consistently lowering prices in Whole Foods Market stores over the past year, the price distinction between the two brands has become less relevant."

The company plans to convert all of its existing 365 stores into regular Whole Foods stores by the end of this year, reported Yahoo! Finance (Feb. 25). The move follows its decision to stop expanding the smaller format stores, revealed in an internal announcement in January.

The CEO ensured that Whole Foods was changing because it wanted to change, not because Amazon "wants to destroy [its] culture."

"This is a question I get asked all the time — is Whole Foods going to change in the merger with Amazon?" Mackey said. "The best way to understand: a big merger between two big companies is kind of like a marriage." He says that marriage has been positive for Whole Foods.

Amazon's new grocery stores aren't intended to compete directly with the more upscale Whole Foods stores and will offer a different variety of products, at a lower price point, these people said. Whole Foods doesn't sell products with artificial flavors, colors, preservatives and sweeteners, among other quality standards, but the new Amazon stores would not be constrained by these rules.

Amazon does not want restrictions on the type of goods it might sell at its stores and it wants the ability to change the store and items such as sell health and beauty products.

The e-retailer is targeting new developments and occupied stores with leases ending soon. Stores in the new grocery brand could be in strip centers as well as open-air shopping centers, the people said, and will be about 35,000-sq. ft., smaller than the typical 60,000-sq. ft. supermarket.

It was reported by Yahoo! Finance in January that Amazon was eyeing closed Sears stores for its Whole Foods expansion, as well as an old Kmart location.

It is unclear if these new stores will be cashierless, but will be heavily focused on customer service and pickup capabilities, according to the people. Additionally, the company is looking to have some control over the attached parking lot to quicken shoppers' ability to get groceries.

Some analysts saw Whole Foods, which stocks a limited selection of items in contrast to Amazon's wide range of items, as a starting point for Amazon in physical grocery retail, reported The Seattle Times (March 1).

Lisa Sedlar, former president and CEO of the Portland-based New Seasons Market chain and a Whole Foods purchasing director before that, thinks Amazon is missing out on a significant portion of the grocery market with Whole Foods. New Seasons stocks local and organic products along mainstream items.

"Just purely natural and organic can be polarizing, and you miss trips. You don't necessarily satisfy the eater," she said. She added that repositioning Whole Foods to carry more mainline products "would be a disaster" that could alienate the chain's core customers.

With Amazon's apparent move toward a second, more conventional grocery grand, big mainstream grocers "should be scared" according to Sedlar. "The big stores have been doing the same thing for the last 10 years basically," she said.

Over the past two years, many retailers have been forced to change some fundamental aspects of their operations, from staffing to the way they organize their stores, often to facilitate online ordering and compete with Amazon, reported MarketWatch (March 3). For example, Walmart, Target and Kroger sped up investments in technology and online selling strategies, and in some cases sacrificed profits to offer delivery and digital pickup for a growing number of markets.