Dec 11, 2018
After Months of Waiting, a Farm Bill Appears
By Chris Campbell 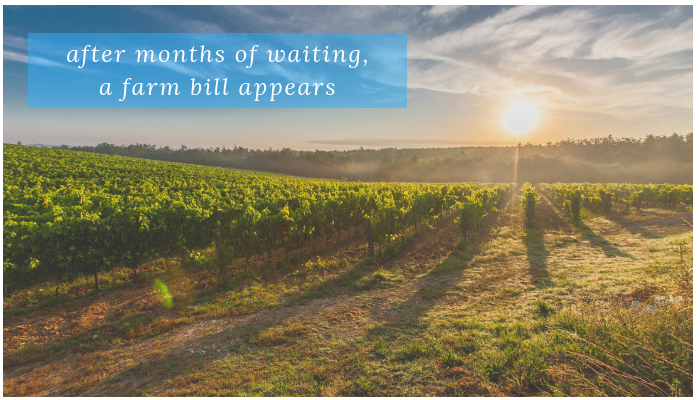 After months of negotiations, it looks like a passable version of the federal Farm Bill is finally available.

The compromise bill, formally known as H.R.2 - Agriculture Improvement Act of 2018, was released the evening of Dec. 10 and is a mammoth legislative document. Most strikingly, provisions for tighter work requirements in regards to federal food stamp program eligibility, which featured prominently in House versions of the bill, were removed.

However, the compromise bill retains certain measures from the House Republican-authored bill, including provisions designed to prevent fraud and duplication. In total, the bill is expected to cost $867 billion over the next decade, according to House committee staffers, reported The Wall Street Journal (Dec. 11).

"For the psyche of rural America this is a really good bill, with all the trade uncertainty that's going on out there, commodity prices where they are, another double-digit drop in farm income," said Rep. Mike Conaway, the chairman of the House Agriculture Committee. "This is a real shot in the arm for rural America."

"By working across the aisle, we overcame many differences to deliver a strong, bipartisan farm bill for our farmers, families, and rural communities," said Sen. Debbie Stabenow, a Michigan Democrat and the ranking member of the Senate Committee on Agriculture, Nutrition, and Forestry. "It's time to get the bill across the finish line as soon as possible."

Rep. Collin Peterson of Minnesota echoed the statement, saying, "I think we're going to get almost all of the Democrats."

And regarding those work requirements? Politico reported that USDA Secretary Sonny Perdue spoke with Rep. Walker to urge support for the current bill, noting administrative action on SNAP work waivers could take place after the bill is enacted.

Beyond work eligibility requirements, the new bill is expected to expand crop insurance packages for new crops including barley and hops. Additionally, it will egalize industrial hemp while expanding family farm subsidy eligibility requirements to include cousins, nieces and nephews. Forestry concerns related to the wildfires in California were raised, as well.