Mar 28, 2018
Americans Will Spend a Bit More on Groceries this Spring
By Chris Campbell 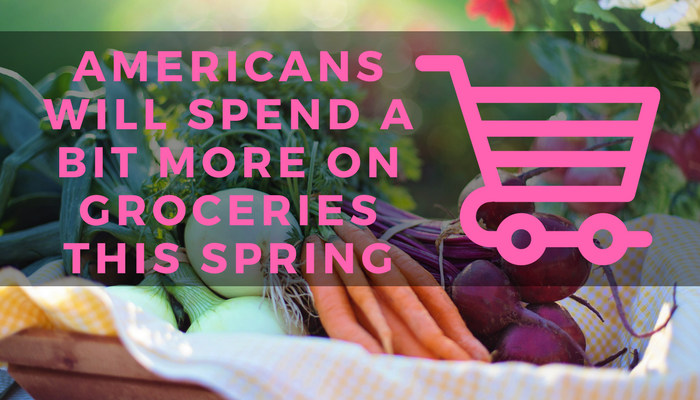 The cost of a basket of 16 staple food items will cost consumers a bit more in 2018, with the price increasing 2% to about $51.05, according to the American Farm Bureau Federation's (AFBF) Spring Picnic Marketbasket Survey. The 2018 price is a $1.02 increase when compared to 2017.

The main driver of the increase was due to higher retail prices for eggs. The survey found a 37% increase in price when compared to 2017. AFBF noted an avian flu outbreak in South Korea helped push U.S. egg exports up nearly 50% while production remained flat. 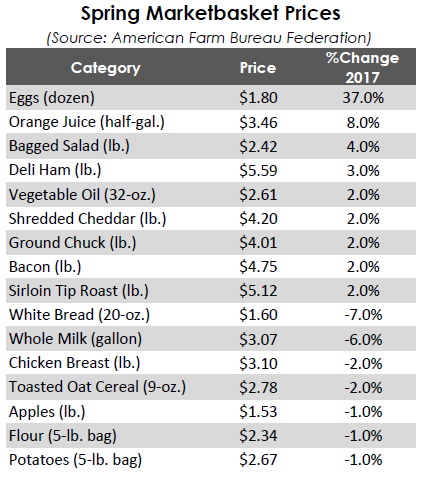 Additionally, orange juice was a significant driver for the increase. The price of a half-gallon container increased by 24 cents. AFBF cited the smallest Florida orange crop in 70 years due to hurricanes as a primary reason for the price increase.

However, milk prices dropped by about 6% due to continued record production volumes in the U.S. Additionally, increased competition from non-dairy milks and other beverages accounted for some of the price hike.

The marketbasket survey tracked closely with the Consumer Price Index report for food at home. Grocery prices have increased gradually over time, and the share of the average food dollar that is sent to farm and ranch families have dropped alongside that trend.

"Through the mid-1970s, farmers received about one-third of consumer retail food expenditures for food eaten at home and away from home, on average. Since then, that figure has decreased steadily and is now about 14.8%, according to [USDA's] revised Food Dollar Series," said AFBF director of market intelligence John Newton.